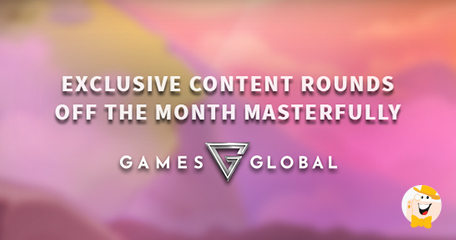 Although the month of February is just around the corner, we can’t help but notice that Games Global continues to deliver smashing new releases every week.

If you’re ready for the last batch of slots and table games before the upcoming roadmap hits every possible partner online casino, you’re in the right place.

Back to Olympus and Gold Digging

Among the first contributors at the end of January is Snowborn Games. This studio has garnered a lot of industry attention in the last couple of years, and its first title in 2023 is taking us directly to Ancient Greece.

Masters of Olympus will be live today, on 24 January, and it’s the second installment in the company’s Masters series. Players will have the honor of meeting a line up of Greek gods and go on a quest to discover some heavenly prizes.

The upcoming game is based on high volatility and it features a 5x4 grid, but it’s the bonus symbols that trigger its biggest highlight – Olympus or Spartan Bonus. During this mode, each god comes with its own special feature to maximize the game’s total win potential. As expected, wilds can trigger the Zeus Respins feature where they expand and make truly epic wins!

Neko Games is mostly known on the market as a video bingo expert. On that note, the company’s busy content partner will also reveal its first release of the year on 25 January.

American Gold Fever is inspired by the great 1850s gold rush and it brings an animated four ticket bingo raffle with more chances to win with extra balls and wild balls plus jackpots than anything you’ve seen before. The goal is to collect golden nuggets, and there are three different bonus features to try out once hitting special patterns turns out a success.

Next, in Agent Blitz: Mission Moneymaker on 26 January, All41 Studios will let you go on a secret mission across 5 reels and 3 rows backed with high volatility. This video slot is also part of the popular EpicStrike franchise, whose mechanic awards instant prizes when landing three or more badge symbols.

Finally, you enter complimentary spins when three or more scatters appear on the reels, allowing you to make a choice for maximum engagement. Each wild during this level is sticky and remains in position for truly massive wins.

When it comes to table games, Blazing Dragon Tiger will be this month’s latest new edition from On Air Entertainment, a live dealer studio. Released on 26 January, this unique and engaging table game animation brings captivating visuals, swift gameplay, and additional side bets to add to the excitement.

Wild Before for the Grand Finale

On the last day of January, we will have the honor of playing Wild Link Frenzy, developed by SpinPlay Games.

It is a totally new charming fishing themed cash-collect video slot, packed with extra spins, an assortment of thrilling attractions, and win potential up to 5000x. The mega popular Wild Link feature is activated when a wild symbol, this time a friendly fisherman, lands on the first reel. It can expand and fill the entire reel, thus revealing extra rows reels two to five for maximum prize potential.

Have a look at all of this month’s final releases at any Global Games partner casino and get ready for February!

Very impressive roadmap! The releases are great and I hope we will get more and more in near future.

I enjoy seeing the progression planned and I look forward to them delivering on this exciting line of releases. Keep em coming and good luck to the players. Sharing is caring.

Nothing better than a good road map to show the companies ambitions!

They have prepared very good titles, I have no doubt that we will have fun.

The studios are still doing an amazing job even though I’m used to seeing Microgaming’s name next to each and every one of them. This industry is truly changing rapidly. Great games btw!