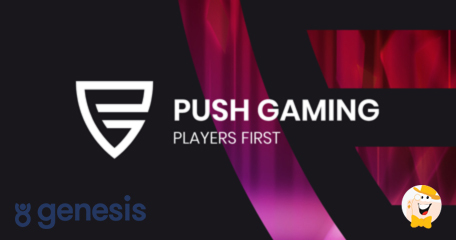 Chart-topping slot developer and specialist slot supplier, Push Gaming, continues their fast expansion in 2020 with the signing of an agreement with Genesis Global, the leading online casino group.

This will further enhance the Push Gaming’s player reach and present their portfolio of games to varied player groups.

Relax Gaming as the Middleman

This integration was facilitated by Relax Gaming …

…which helped players get the access to popular slot games like Jammin’ Jars, Wild Swarm and Fat Rabbit on Genesis’ operator brands portfolio. This portfolio includes brands like Pelaa, Spinit and Casino Gods.

In recent months, Push has become one of the go-to providers and one of the emerging superpowers in this realm.

They have lately released some hugely successful games such as Razor Shark and The Shadow Order.

The way in which they have established themselves as one of the up-and-coming innovators of the genre and one of the most exciting young developers is through the combo of top-notch graphics, math and state-of-the-art game mechanics.

“Genesis Group offers some of the most popular and sought-after online casinos among players in the UK and other regulated markets around the world.

Success in part has been down to the great range of slots games offered, and we are delighted to now be part of its market-leading portfolio.

Our titles are some of the most played slots and we believe they will be a big hit with their casino players looking for an entertaining and exciting experience.”

“We are proud to offer our players one of the most exciting and varied game portfolios in the market which has been further strengthened with the addition of Push Gaming.

Push is responsible for some of the most successful online slots in the market right now, including Razor Shark and Jammin’ Jars and we expect them to be just as popular with our players.”

The RTP of this game is 96.68% and has a multiplier of up to 25x. Each joker represents the scatter symbol and three of those on the reels at the same time will trigger the Joker Feature that can award high winnings.

I think it's a smart move from Genesis to support such a young company on its rise. I'm sure it'll be a fruitful collaboration!

Another great job for Push gaming, I believe this is the beginning of a successful collaboration.