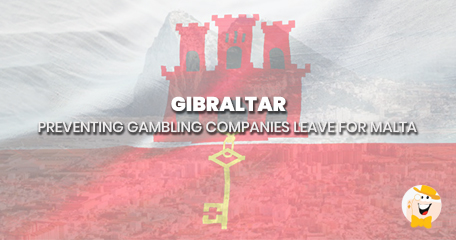 Gibraltar is doing its best in trying to prevent gambling companies from relocating to Malta following BREXIT. The country has long been one of operators’ favorite destinations, thanks to its beneficial gambling legislation.

The two largest online gambling companies based in Gibraltar - Bet365 and 888 - have already announced their intention to relocate “some” of their operations to the archipelago.

On its end, Spain has reassured Gibraltar that no drastic changes will take place. The country’s Prime Minister, Pedro Sanchez, says the present situation is beneficial for his country. Moreover, the political agreement signed by the two countries stipulates the existing situation will remain as is, notwithstanding BREXIT. The document is to reassure the gambling sector employees, commuting between Gibraltar and Malta (some 14,000 people) that nothing is going to change.

Fabian Picardo, Chief Minister of the British Overseas Territory, says that BREXIT has no clear rules, which isn’t in anyone’s interest, “including the EU, the UK, Gibraltar, and Spain.” Luckily, “common sense has prevailed”, says Picardo, alluding to the agreement with Spain.

The Allure of Malta

It is not as if Malta wasn’t attractive to gambling companies before the withdrawal of the United Kingdom from the European Union, to begin with. The country has a highly favorable tax regime, which has appeared even more alluring ever since BREXIT was announced. As a matter of fact, the small island country in the Mediterranean Sea is observed as the main beneficiary of the status quo.

That, however, isn’t to say that Gibraltar is going to give up without a fight. The country has reiterated that no legislative changes will come to pass and that gambling companies will still be able to offer their services under the same pre-Brexit conditions.

‘An Avalanche Starts With One Pebble’

As mentioned above, the move that have inspired the backlash of Gibraltar’s, is bet365’s announcement. The operator says it has finalized plans to relocate its operations to Malta as soon as the UK officially exits the EU (2019). The group has already signed a €70m promise of sale agreement to acquire a new property development in Sliema, according to unnamed sources.

“It is not every day that 1,000 well-paid employees are relocated to Malta. Apart from the fact that we are talking about the largest sports betting company in the world, with some 23 million customers, 1,000 new individuals and their families looking for a place to stay for quite some time on a small island will mean significant business,” the sources say.

Gibraltar's Minister for Gambling says he is confident the outcome for Gibraltar-based companies will be positive, adding:

“We, nonetheless, understand that business needs certainty and has to manage risk. There is no single risk management solution here as the issues are complex. Bet365 have confirmed directly to us that they remain totally committed to Gibraltar and the entirety of its workforce here. They are not leaving Gibraltar by any stretch of the imagination. Neither do they have to choose between us and Malta. What remains true is that Gibraltar remains the jurisdiction of choice for the most reputable gaming companies in the world. BREXIT isn't going to change that,” adds Mr. Isola.

“trying to prevent gambling companies from relocating to Malta”

Well, are they leaving or not? First it says, but through unknown sources of course, they are leaving in 2019. Towards the end of the story, it says the exact opposite. Bet365 confirmed that they are not leaving Gibraltar. This is just a lot of people talking and you know how much that is worth. You have to remember...

Well, are they leaving or not? First it says, but through unknown sources of course, they are leaving in 2019. Towards the end of the story, it says the exact opposite. Bet365 confirmed that they are not leaving Gibraltar. This is just a lot of people talking and you know how much that is worth. You have to remember how many operators there are in this business too .............. many! I am sure there are enough operators in this industry to keep both countries from falling into poverty.

Clash of the titans. I’m gonna go fetch some popcorn.

It is a great thing for Malta, not so good for Gibraltar. Both Bet365 and 888 are huge and serious companies, everyone would like to have them in their yard. Brexit is making changes in many industries, we will see how other betting companies will behave.