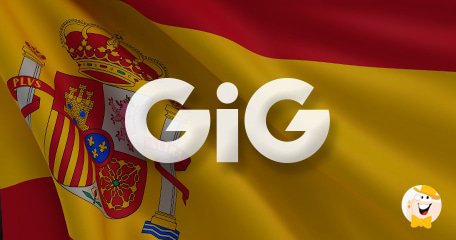 The online casino and sports betting scene in Spain just obtained another important contributor after Gaming Innovation Group (GiG) was granted with respective licenses for the said verticals by the Directorate General for the Regulation of Gambling (DGOJ).

This Southern European country's regulator has made it possible for this casino game specialist to operate in the Spanish market which becomes an integral part and means of their expansion strategy and international growth plans.

The user of both online casino and sports betting license in Spain...

..will be GiG's flagship brand, Rizk, while the parent company is working diligently on certifying its proprietary gaming platform and sportsbook so that it can sell to external operators. The first bets are expected to take place in the fourth quarter of the year while scaling up of operations won't take place before 2020's Q1.

“We are delighted to be awarded the Spanish licences and are looking forward to serving the market with our top-performing operator, Rizk, and our full suite of B2C and B2B products and solutions. The approximately €1bn market is the strongest growing market in Europe, at a rate of approximately 20%* per year, yet only 12% of the gambling is happening online, compared to more than 50% in mature digital markets in Europe, this represents a great opportunity for GiG.”

GIG has been on a path of realizing their strategy of becoming a global operator and partner for some time now...

...and the launch into Spain is part and parcel of this very goal. As they seek alliances with big iGaming brands, the company seeks to achieve an equilibrium of business ventures with B2C brands in select markets while using B2B partnerships to expand globally.

Entering Spain's gambling market is a fine springboard for something else, as well: forming a passageway into Latin American markets, where the establishment of business is one of GiG's key priorities. The gaming technology group currently holds licenses and platform certifications in United Kingdom, Malta, Sweden, Latvia, Spain and Schleswig-Holstein.

Online gambling was regulated on Spanish territory in 2011, as the transition from offline to online keeps driving growth. In 2018, total gross gaming revenue was $10 billion – 12% of which is attributed to 12%.

...which was confirmed with the fresh July 1st announcement of LeoVegas joining the Spanish market after they too secured their online casino and sports betting licenses.

Not Going So Well in Sweden

Meanwhile, on the other side of the European continent...

...things aren't as ideal for GiG in Sweden, where company accuses harsh regulatory conditions for revenue drop in the first quarter of the year.

Namely, their Q1 revenue amounted to €32.4 million, which is substantially less than last year's €37.3 million. CEO Reed has commented that entering the Swedish market was the first time the company had to face severe regulatory changes in one of the most important markets.

“We believe Sweden will stabilise over the course of the year and are looking forward to compete for market shares. Regulated markets are key to secure long term sustainability for the business and in addition to Sweden we will launch Spain in Q3-19 and start marketing there in Q4-19.”

“integral part and means of their expansion strategy”

Spain is really the place of the moment right now. Probably the next big market.