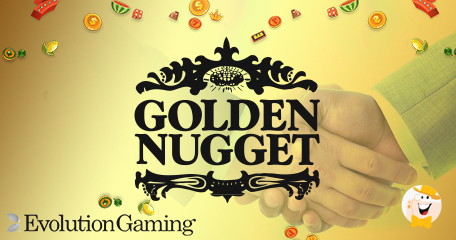 Leading provider of live casino solutions, Evolution Gaming, has published an official press release in which it was stated that they have signed a multi-year agreement with one of the largest gambling operators in the US, Golden Nugget.

The behemoth company is also the owner of casino venues in Las Vegas, Atlantic City, Laughlin, Biloxi and Lake Charles.

…and has been operating their own live studio from the casino in Atlantic City. This has been going on since 2016 and their technology is powered by Ezugi.

According to the terms of the agreement, Golden Nugget’s online offering in New Jersey will be further enhanced, as well as in the other US states in the future. This will be achieved through the addition of Evolution’s US online Live Casino services.

Golden Nugget’s players will gain access to Evolution’s Dream Catcher, Side Bet City and Top Card, as well as other games from the Evolution portfolio.

Evolution’s titles will be streamed from the brand’s own Live Casino studio in Atlantic City or from Golden Nugget’s own live studio.

The Expansion of the Agreement

The agreement extends to the live casino offerings of operators currently served by the Golden Nugget Live Casino studio in Atlantic City. They too will have the option to access selected Evolution Live Casino titles through their agreements with Golden Nugget. Those Golden Nugget partners for New Jersey currently include Betfair/FanDuel, Borgata, BetMGM, PartyCasino, BetAmerica and Caesars.

Evolution and Golden Nugget have also stated that, as US online gaming legislation evolves, their companies will together explore opportunities in other US states.

Statements From Both Parties

The new generation of Evolution Live Casino games will also help us serve a broader player demographics, including sports bettors. This we believe, will allow us collectively to further increase the share of online casino revenue attributed to Live games.”

“We are honoured to be working in partnership with Golden Nugget in what we believe is a key agreement that paves the way for further exciting growth in the US Live Casino market. This deal further consolidates our position in New Jersey while providing an additional strategic platform from which to introduce additional new games to the US, including titles that have already been very successful in the Live Casino space in Europe.”

“Evolution Gaming and Golden Nugget sign strategic partnership in the US”, news.cision.com, May 19th 2020

Evolution Gaming has the best live dealer offerings, in my book.