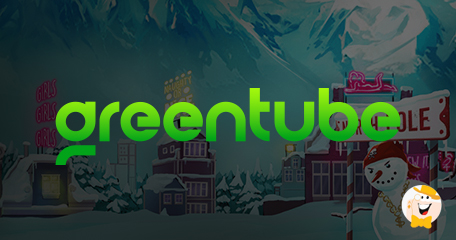 Novomatic Partner Game Studio is Back with Tattooed Santa

One of the aspiring developers and suppliers of iGaming solutions under the Novomatic Interactive Division, Greentube, has continued its highly successful franchise Diamond Link last week by launching the fifth installment in the series, called Mighty Santa.

Exactly one month before the holidays, players are invited to deck the halls in the latest festive title and lift their fun levels for the most wonderful time of the year. Thanks to the studio, its most recent Reel Reveal episode on site has showcased all the new elements that make Mighty Santa such a joyful favorite, so take a peek!

There is a new set of sparkling neon diamond symbols to light up the merriest of all holidays in Mighty Santa, including a set of four jackpots for the luckiest of players. As expected, the supplier has assembled some stunning graphics for endless hours of entertainment, including a new tattooed Kris Kringle to set this title apart and add a different touch to the storyline.

This year’s seasonal treat is similar to Mighty Emperor, but only in terms of mechanics. The game is basically another great expansion of the studio’s Hold and Spin technology, followed by several impressive features such as re-spins, diamond links and sticky spin, wild spin and so forth.

To trigger the jackpot, players must fill the entire playboard with diamonds. A new diamond symbol on any of the reels during spins will reset the counter back to three. Diamond Link: Mighty Santa will be available at online casinos with Greentube iGaming content in the coming weeks.

Meanwhile, the NOVOMATIC Interactive division, has also significantly boosted its footprint in the Italian market by acquiring Capecod Solutions.

The experienced Italian developer has been part of the international gambling company since 2017, but from now on, it will increase Greentube’s Italian game portfolio within this online gaming sector.

As stated by Markus Buechele, CEO of NOVOMATIC Italia, working with the renowned software provider Capecod has enabled the company to continue important investments in technology and human resources, but also into stronger international focus.

The announced integration of Capecod’s products within Greentube’s network will further expand the group’s geographical expansion. It will also broaden its product portfolio, with a particular focus on Italy.

According to Michael Bauer, CFO/CGO at Greentube, the latest acquisition will strengthen the company’s market share in Italy across online and land-based sectors.

“We have seen over the last few years how successful Capecod has been in developing games that resonate with players in Italy and in bringing the expertise of such a well-regarded company under the Greentube umbrella, we envisage all parties going from strength to strength in offering products to the widest audience, concluded Bauer.

Amazing! This new Christmas themed slot looks great. I can't wait to try this one! :)

Is this the first Santa slot this year? It looks good but I was expecting to see a lot more titles... maybe it’s still early.