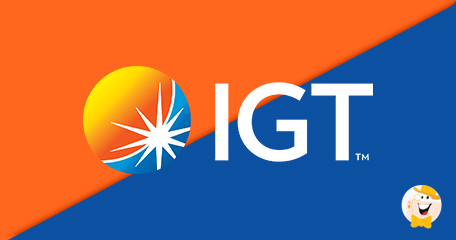 The software development house, International Game Technology PLC, and its jackpot network have minted more than 1,100 millionaires to date, awarding around $3.4 billion in prizes since the launch in 1996.

IGT is often recognized in the iGaming industry as the pioneer of large jackpot networks, which were established way back in 1986. Since then, the world’s leading end-to-end gaming company has introduced some of the most popular titles with massive payout potential, seeding at €500,000 and more.

Among the firm favorites are still Cleopatra, Cluedo and Monopoly, but the studio invented a lot of new series over the years, each featuring a bigger pot with greater mechanics, and features.

Last July, there have been numerous lucky slots players who had won million dollar jackpots, so let’s see how and when it happened, in case you need a tip or a hint.

Symbolically, the biggest win occurred on July 4, when a Megabucks slots player won $3,603,575 on Megabucks Double Diamond Deluxe. The jackpot was struck at Graton Resort & Casino in Rohnert Park, California so if you’re in the neighborhood, feel free to drop by.

After almost two weeks of silence, on July 21, a Wheel of Fortune slots player won $1,541,533. His choice was Wheel of Fortune Cash Link Exotic Far East, which is available at Clearwater River Casino in Lewiston, Idaho.

In the next eight days, players managed to get their hands on several multi-million dollar prizes across two states in the USA and Ontario, Canada.

First off, a player struck $1,396,641 on July 24 while spinning Wheel of Fortune Red White & Blue at Mohegan Sun in Uncasville, Connecticut.

Next, on July 25, an online Powerbucks slots enthusiast from the neighboring Canada won CA$1,263,743 playing Wheel of Fortune Latin Getaways in Ontario.

Finally, another online Powerbucks slots player won CA$1,032,361 on Wheel of Fortune Cash Link Exotic Far East in British Columbia, Canada on July 29 and completed the circle for the month.

While the jackpot network of IGT is enormous, the Megabucks slots series has paid more than $1 billion since its inception in 1986. In addition, IGT Powerbucks slots have paid 40 jackpots of $1 million or more since their Canadian debut in 2016.

A Massive Lottery Contract in Portugal

Meanwhile, on 16 August, IGT Global Solutions Corporation, has signed an agreement with Santa Casa da Misericórdia de Lisboa to debut its innovative Retailer Vue lottery terminal in Portugal. The delivery will include 7,200 camera-based terminals while the implementation is expected to be completed in 2023.

“the studio invented a lot of new series over the years”

Congratulations to the lucky winners. IGT is the market leader in jackpot amounts among other things as well.

IGT and Microgaming are the true millionaire-making providers, no doubt about it. They have the best jackpot networks in the world.