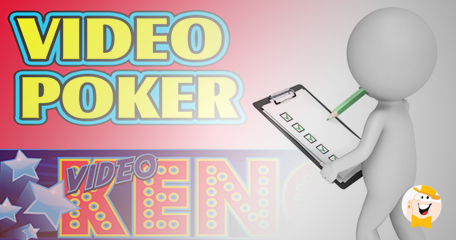 Earlier in this month, Michael Shackleford published surveys of video poker and video keno. The surveys rank most of the Las Vegas casinos for our sister website, Wizard of Vegas. If the name sounds familiar, Michael is the founder of the Wizard group of websites, including the Wizard of Odds. Now he is on our team as a contributing writer for Latest Casino Bonuses. We asked Michael some questions recently about the surveys, and here is what he had to say:

Q: What gave you the idea to do these surveys?

A: It is my calling to make better gamblers out of the teeming millions. While I spend most of my time explaining the best way to play the hundreds of games out there, that is actually only half the battle. The other half is game selection. In other words, finding the games with the best rules. For example, just choosing 3-2 blackjack over 6-5 will cut down the house advantage by about 2/3.

Through the years, I've learned most gamblers don't play often enough to warrant learning what the good rules are and how to play them. However, I am frequently asked by such players, " Can you just tell me what are the best casinos to play at and let me play my own way?" That's fine. These surveys were conducted for those machine players who need a little help choosing which casino to play during their trip to Vegas.

Q: Where did you get the idea?

A: One of the biggest splashes I've made in the world of gambling was my 2002 survey of video slot machines in Vegas. Such a survey had never been done before, and it attracted attention in the mainstream media. In addition, The Palms, who was #1 per the survey, touted themselves over my findings for years with promotional advertising and billboards.

Video poker and video keno were much easier to survey than slot machines, because the rules are disclosed and thus the odds are quantifiable. As with the slot machine survey, I wanted to give some good publicity to the casinos at the top of the list and some shame to those at the bottom. I think Vegas would be a better place for gamblers if there was more competition among the casinos to have the best rules.

Q: Speaking of holding casinos accountable for their rules, I hear you tried to do that through the courts. Can you tell me more about that?

A: Yes, the Nevada Gaming Control Board publishes slot machine return percentages by geographic region, like the Vegas Strip, downtown, or the "balance" of Clark County. I was told by a Gaming agent that the information for each casino was kept in a spreadsheet. So, I invoked the Freedom of Information Act to obtain that information. As the song says, “I fought the law and the law won.“ A video of the hearing is on YouTube. My side never got a chance to make our case. The judge asked a few questions and threw the case out of court. It goes to show, in my opinion, who really runs things in Nevada. Contrary to what some people in high places say (*ahem*), I think there is a necessary roll of the press to keep the government and private sector honest and accountable.

Q: Getting back to the latest surveys, did anything surprise you?

A: The biggest surprise was how well the Encore and Wynn, which are sister properties, did in the video keno survey. As I'm sure most readers know, these are two of the more luxurious properties in Vegas, or anywhere. To make a generalization, the nicer the casino, the tighter the machines are. However, this was a surprising exception. Otherwise, what was shown in my old slot machine study pretty much held true with these surveys -- the loosest casinos are the locals' properties off the strip, followed by downtown, and finally the Strip. Of the Strip properties, as a rule of thumb, the nicer the property, the tighter the machines.

About the video poker survey, I knew the South Point was liberal with their rules, but they were far and away the best with almost a full 1% higher return than the second place property. Every single machine had the same selection of loose games. I didn't find a tight video poker game anywhere. They don't get enough credit for how strong their video poker is, especially at the 25-cent level.

Q: Can you tell me how you selected the machines you played?

A: I played only quarter denomination games. In both surveys, I endeavored to pick random games in different parts of the casino. I didn't play any machines with signage about loose pay tables, which was pretty much only an issue at the Station properties. With video poker, I looked at simple games where five coins is a max bet and there are no fancy features. Just basic video poker. With video keno, I looked at every type of game. Except with Top Bottom keno, where you must pick half the card, I looked at the pick-10 pay tables. In the process, I made some strong updates to the keno page on Wizard of Odds, with more information about the pay tables currently in use. 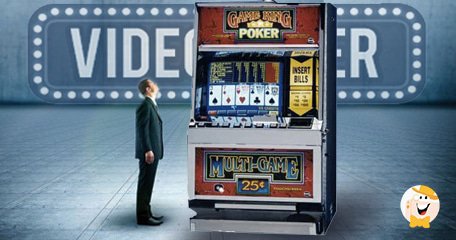 Q: Did casino management or security ever ask what you were doing?

A: No, but that happened several times with the slot machine survey, as that involved me referring to many pages of notes. Here, I just quickly wrote down pay tables in a booklet and moved about. I actually played too, to look more natural. Not once did anyone on the casino side bother me. Some players politely inquired why I was taking so many notes, however.

Q: Were there any tough calls on your part about machines to include or not?

A: Only one. You can see the Caesars properties did not do very well in either survey. However, there is a noteworthy exception: the Cromwell came in 15th out of 69 in video poker. The next highest Caesars property was Caesars Palace at 54th. Why did the Cromwell do so well? They have a bank of teaser games at the front entrance with very liberal pay tables. At the time, I didn't know this and there was no special signage for them. These machines definitely improved the property average.

I included a machine in this bank in good faith and was surprised to see the liberal games on it. The question I asked myself is what reason would I give to exclude that machine bank? I had no reason, given my stated methodology. After working in government for ten years, I learned that unless there is a good reason, do things the same way they have always been done. So, lacking a strong reason to remove it, I left it in. Since there is signage on those machines now, if I redo the survey the Cromwell will certainly drop down the list.

Q: It seems there are video poker machines everywhere in Vegas. They seem to be in every bar, supermarket, gas station, and convenience store. You list only 69 properties. How did you draw the line for who got in and who got out?

A: My rule of thumb was the property had to have a hotel component. Granted, this was not an easy decision sometimes, as in the case of the Ellis Island or Longhorn. Both of them are big enough to have table games, but they have dubious relationships with their neighboring hotels. You could ask why I didn't include the Lucky Club, which has a small hotel. Yes, I should include them and will the next time I'm out that way. I need to visit the Cannery and Aliante too, which are in North Las Vegas and on my way to nothing.

Q: What's next in your efforts to keep the casinos honest and competitive?

A: I would like to add ranking surveys for all the games in Vegas. I already have a blackjack survey culled with information from the Current Blackjack Newsletter, which the LCB family acquired. Ultimately, I'd like to see Wizard of Vegas as the undisputed source for where to find the best and worst odds in Vegas.

After reading this piece I will be totally honest I just want to jump in the vehicle and start heading toward Las Vegas but because of where I live I can never make all the way there I always stop at the state line casinos and end up gambling there one time I hit a slot machine at state line a five dollar slot for nine...

It is an awesome guide especially when you love video poker like i do!

Sounds like David vs Goliath in Vegas :) Well done Mike, another great resource arming your readers with the best chance they have to win.