iSoftBet Goes Live in Multiple Territories Thanks to MeridianBet Deal 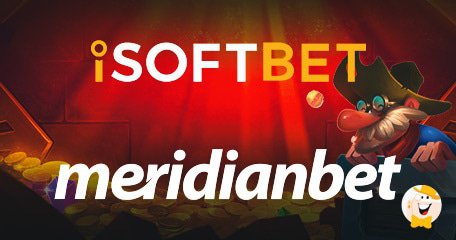 One of the most widely acknowledged content aggregators, iSoftBet, enters another milestone agreement to expand its presence across more markets. By inking the deal with MeridianBet, the online supplier gets the opportunity to exhibit its products to clients from Serbia, Montenegro, Bosnia, and Herzegovina, and Malta.

According to the terms of the contract, the provider’s proprietary slots are the first ones to go live in the said territories. Later on, the operator will also gain access to its massive assortment of over 8,000 releases from 85+ leading industry studios, along with the range of aggregation services.

Thanks to its broad presence in several key markets, MeridianBet will significantly enlarge the studio’s base of followers. With this deal, the forward-thinking producer continues its international growth, filling the current year with multiple commercial successes.

“iSoftBet not only produces dazzling video slots, but its aggregation platform offers an incredible depth and breadth of gaming content. We’re thrilled to be able to offer such a diverse array of entertainment to our customers around the world and look forward to a long and successful relationship with iSoftBet.”

…consumers from Serbia, Montenegro, Bosnia and Herzegovina, and Malta, as well as Peru in Latin America will get the chance to spin the reels of producer’s top-performing installments. The selection includes Golden Gallina, Moriarty Megaways™ , Aztec Gold Extra Gold Megaways™, and many more.

Via an agreement with LeoVegas…

…the provider went live in Italy, while partnerships with Universal Soft, Dotworkers, and Sellatuparley expanded the company’s presence in the burgeoning market of Latin America. Universal Soft is mainly active in Colombia, Peru, Ecuador, Chile, Panama, and Brazil, meaning a wide array of clientele got a chance to explore the studio’s immersive titles.

In addition to this, the producer tied knots with Jokerstar in Germany. Speaking of Germany, the company also announced partnership with Hölle Games. This developer gained wider popularity thanks to its innovative mechanics named Bonus Spin, designed to ensure local consumers receive the best possible product gameplay.

Aside from iSoftBet, MeridianBet collaborates with a range of cutting-edge providers such as Pragmatic Play, Playtech, Playson, Evoplay Entertainment and many more. On top of the wealthy selection of slot titles, the operator displays a versatility of live dealer products, poker, lottery, and virtuals.

Equally colorful as the gaming catalog is the dedicated section with promotional activities. Some of the offered deals include loyalty bonuses, boosts, promos for new providers added to the lobby, and more.

It is interesting to mention that…

…the operator is part of the LCB Member Rewards scheme. This means that players who deposit in this establishment via our link can collect a valuable $3 chip and redeem it in LCB’s fast-expanding Shop.

Also, punters who have some questions regarding games, promotions, or anything else can contact the rep via our Direct Support Forum. Aside from this, the operator offers multiple channels of communication along with a comprehensive FAQ section.

It's great to see that iSoftBet expends on less popular markets such as Balkans countries. I'm sure that the cooperation between them and Meridianbet will be beneficial for both parties. This really is a milestone agreement.

This seems like a beneficial deal for both sides!