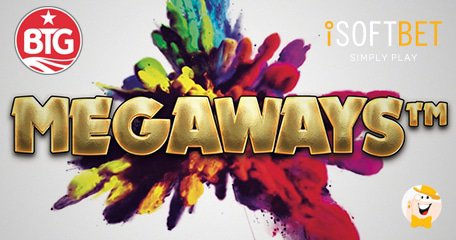 Recognized by their almost revolutionary approach, BTG keeps on inking great agreements with various partners, thus gaining more opportunities to showcase their valuable content. With that said, they are proud to announce...

...their latest licensing deal, with iSoftBet. Under its terms, the growing developer will be allowed to deploy BTG’s MegaWays random reel modifier system in all their branded and original titles. The mind-blowing technology significantly enhances players’ experience.

The Most Inventive Patent

The way BTG’s CEO, Nik Robinson, sees things, this mechanic is definitely among the most groundbreaking ones made recently. Being a feature that completely alters the perspective and levels-up the gaming experience, it will certainly be a sort of secret weapon...

...for a fast-developing studio such as iSoftBet. Being a studio which made more than a noteworthy debut at ICE regarding in-game gamification. This is another unparalleled technology to push the limits. Commenting on the partnership, he declares as follows:

“MegaWays has proved to be one of the most innovative game innovations in the history of online slots, and we are thrilled to be sharing our patented and trademarked mechanic with iSoftBet. iSoftBet has emerged as a formidable game developer and has built a substantial portfolio of original and branded slots. We believe that MegaWays is in very good hands with the iSoftBet team, and we look forward to seeing what they come up with.”

Rapidly conquering regulated markets has become a sort of trademark for iSoftBet. They have left their mark on a plethora of jurisdictions worldwide. The number has strong growth potential, which means more and more consumers…

…will have the opportunity to discover BTG’s unique feature. In addition to this, the team keeps on packing their library by rolling out thematically various releases. Some of the freshest ones are Book Of Immortals, Jumbo Stampede and many more. Michael Probert, iSoftBet’s CCO, stated:

“iSoftBet has been creating some really exciting slot content recently in over 15 regulated markets, including Italy, Spain, Portugal, and Sweden and we are always looking for ways to expand and improve our offering. We are very excited to get our hands on the MegaWays format and we have game producers itching to create something a little bit different so watch this space.”

After huge success with Mystery Reels, BTG certainly has justified positive expectations regarding this agreement. They have also equipped the recently launched “Who Wants to be a Millionaire?” with this technology. On the other hand…

…multiple successes and the growing presence of iSoftBet most positively imply that this partnership may bring a multitude of benefits to both sides.

It turned out more than amazing in Red Tiger’s game, I have no doubt iSoftBet will use this powerful feature wisely.