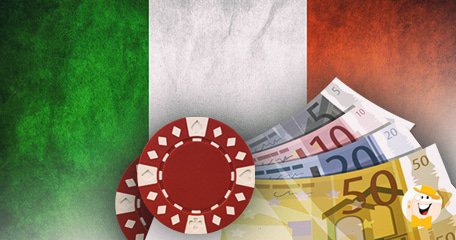 Italy has just taken over the NUMBER TWO spot for largest gambling markets throughout Europe. Next in line behind the UK, and followed by France and Spain, the country reaches this ranking as a result of a 25% increase in operator revenue in 2016.

As reported by Milan Polytechnic University, the country’s total regulated online gambling market revenue for last year totaled in at €1.026b, one quarter higher than the previous year. Furthermore, online revenue came in at the highest, earning €439m. Next up was sports, earning €350m, and poker followed behind with €133m, the year’s only recorded drop. Bingo, lottery, virtual betting, and all remaining products amounted to €97m.

While it saw a nice increase last year, more changes may be in store for Italy’s online market. A total of 84 Italian online licenses were in play as of the end of 2016. Additionally, the government plans to make up to 120 new licenses available in the near future.

As for poker, the only area seeing a decline in 2016, it is believed this is due to a 15% fall in cash game stakes. This is an interesting turn of evets for the market, as 2012 put poker as the top revenue-ranking vertical, making up more than half of all online revenue.

The plan to get poker back on track for this year is to share online poker liquidity with other regulated European markets, such as Portugal, France, and Spain, which the government plans to have underway by this summer.

“online revenue came in at the highest, earning €439m”