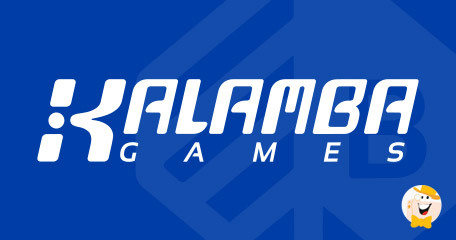 A New Supplier Enters Ontario and U.S. via Oryx RGS

Last week, the international games studio from Poland, Kalamba Games, has announced that it will extend its existing agreement with Bragg Gaming Group and distribute a selection of high-performing slots into the U.S. and Ontario, Canada.

The studio’s new strategic decision to go live on Bragg’s Remote Game Server should further boost its growth across key jurisdictions in the North American landscape.

Upgrading a Partnership from 2017

Working together on projects is something Kalamba and Bragg’s ORYX Gaming have practiced since 2017, when the two companies originally joined forces.

Thanks to the year-long collaboration, which is based on Kalamba’s launch of popular video slots and other related iGaming content on the ORYX RGS in multiple global markets, Bragg is now extending its partner’s footprint in the U.S. but it is also crowning the supplier’s earlier strategic content licensing deal.

Known as one of the select studios with hand-picked content on the platform, Kalamba Games will expand its selection of games in an exclusive agreement on ORYX Hub throughout the U.S. and Ontario.

Among the biggest hit games to go live include Firedrake’s Fortune, Gates of Babylon and Griffin’s Quest, and they will be the first to enter into the distribution in the North American market.

It has been revealed that the studio’s Asian-inspired titles Monkey God and Huang Jin Shu will also become available, as they enjoy huge popularity among U.S. players. On a side note, the developer’s content is ready to go live with over 400 other leading operators thanks to the Bullseye RGS platform as well as third parties.

Meanwhile, the steady regulation and growth of the various North American markets in recent years will offer Kalamba Games an exciting opportunity to further expand the reach of its portfolio to brand-new audiences.

According to Kent Young, president Americas at Bragg Gaming Group, a successful partnership with Kalamba over the last five years has proven that its content is in demand with players.

“We are pleased to now be able to leverage our data-driven insights into player preferences to strategically introduce Kalamba titles to expand the scope of content we offer across North America,” commented Young.

Meanwhile, Andrew Crosby, chief commercial officer at Kalamba Games, said that the studio is focused on continuing the incredible growth in the regulated markets in the U.S.

As stated by Crosby, the U.S. iGaming market as a whole has been on the company’s radar for some time now and it will offer great potential for both Bragg and Kalamba.

Players in this market will soon enjoy hours of premium entertainment and engaging slots for the very first time, and the CCO is looking forward to new alliances by the end of the year.

Teaming up with Jumpman Gaming

Earlier in June this year, Bragg Gaming Group announced that its content has been integrated with Jumpman Gaming’s network of UK brands.

Jumpman Gaming boasts one of the fastest-growing networks of sites in the UK, recognized primarily for innovative designs and gamification that allow it to position itself as a market leading casino and bingo offering.

“ready to go live with over 400 other leading operators”

Congratulations on another conquered market. Keep up the great job!

Another milestone has been reached for this studio; well done!

Congrats on entering the new market, you’ve earned it!