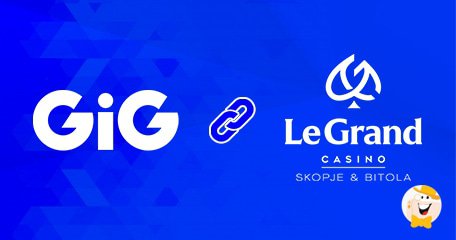 K.A.K. leisure enterprise is also the official owner of Hotel Epinal in Bitola and hotels Sport, Bistra and Lodge in Mavrovo Ski Resort.

Thanks to North Macedonia’s recent changes regarding its iGaming market, the government is now allowing land-based operators to apply for online licenses. However, to launch their products in this sector, service providers will have to set up the exact reflection of their offline offerings.

By signing an exclusive deal with GiG at LeGrand casinos, K.A.K. will soon become one of the few operators in the country to provide table games online. As already mentioned, the package will include not only GiG’s casino platform, but media services, enabling the operator to capitalize on its digital transformation from land-based to online gaming.

This agreement will be based on a combined fixed fee and revenue share structure. It is expected to be officially inaugurated in August 2020, while the casino offering should go live by Q1, 2020. Here’s what chief executive officer of K.A.K. DOO Skopje, Ognjan Cigovski said about the landmark deal with GiG:

“Gaming Innovation Group is known in the iGaming industry as a reliable and trustful company with a history of success working with land based operators like ourselves. We are pleased to have them supporting our digital transformation and online player acquisition strategy as we expand into the newly regulating online market. We believe that by joining our efforts we can translate the feel and look of our LeGrand casino’s into an online offering that both caters for our current players as well as attracts new ones. We are looking forward to a long lasting and mutually beneficial partnership.”

The international internet gaming company is headquartered in Malta. It is recognized for excellence in providing a cloud-based online gaming platform GiG Core, formerly known as iGaming Cloud. Opening up to new iGaming markets and making it fair and fun for all is among the main priorities of the group, including its commitment to creating the best player experiences in the world. Richard Brown, chief executive officer of GiG positively comments about the company’s latest agreement and says:

“North Macedonia has a long history in the landbased casino segment, and is a major casino tourist destination in the region. Partnering with a leading brand, hospitality and entertainment group in the region is an exciting opportunity for GiG and we look forward to helping replicate LeGrand Casinos retail success online as the market regulates.”

In recent weeks, Gaming Innovation Group has also signed an agreement with Checkmarx to strengthen application security. On July 1st, the operator secured a sports betting license in Colorado through a partnership with an affiliate site WSN.

This is good news for the region as GiG represents one of the leading providers of top igaming solutions in the world. I’m sure that the agreement will bring more players to this region.