Lightning Box Enters US Market and Integrates with SG Digital 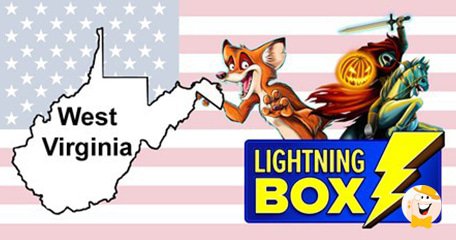 Lightning Box, one of the most productive developers of adventurous online slots is happy to announce its debut to one more thriving market of the United States. Via SG Digital, its long-standing distribution partner, the studio’s cutting-edge products became available in West Virginia.

Speaking of SG Digital, two corporations also inked a milestone acquisition deal, thanks to which the provider’s games became part of Scientific Games’ burgeoning platform. Having in mind that these two enterprises have been cooperating for a long time, the integration was seamless.

Starting July 27, 2021, punters from West Virginia gained access to a duet of producer’s most popular games- Chicken Fox and Lightning Horseman. As hinted, the developer went live in the Mountain State via its associate SG Digital.

The studio’s debut in WV…

…shows that the producer meets the requirements in another regulated state. Just to remind, the company went live in Pennsylvania in November 2020 and Michigan in January 2021 also via SG Digital. Its products are also available with online casinos in New Jersey via Amaya since 2014.

Peter Causley, CEO, and co-founder of Lightning Box commented on the occasion as follows:

“Our games have been very popular among American players in the land-based and social casino industries, and I’m pleased more and more of them are now getting to experience them in online too.”

This acquisition represents a key step forward in Scientific’s strategic plan to become a content-led sustainable provider of immersive content. With the addition of Lightning Box catalog, players are given a highly diversified selection of products.

“Lightning Box games are hugely popular with slots players around the world, and we’re excited to welcome these talented game designers to our team.”

According to Peter Causley, the landmark deal comes just in time to drive forward the studio’s ambitious plans. Being an OpenGaming partner for quite a while, the producer knew that SG had the capabilities to propel their enticing games to new heights, placing them in an excellent strategic position for further successes and expansions across new markets.

Having a proven track record for crafting feature-filled, land-based inspired content, the forward-thinking producer knows what it takes to deliver captivating releases for online slot players all over the globe.

Home to a variety of popular themes…

…the studio’s catalog covers all sorts of stories with memorable characters and fantastic visuals. Some of the top-performing releases include ChickenFox, Moon Temple, Queen of Legends, Lightning Leopard, ChickenFox5x Skillstar, Astrocat, and Silver Lion.

At the time being, the supplier is live with more than 50 of the leading U.S., Canadian and European operators and providers, including BetMGM, Rush Street, Golden Nugget, BCLC, Loto Quebec, Lottomatica, SkillOnNet, 888, LeoVegas, Microgaming, Incredible Technologies, White Hat Gaming, Aspire Global, and many more.

These are indeed significant moments for the studio, both opportunities will surely bring better visibility and many other benefits.