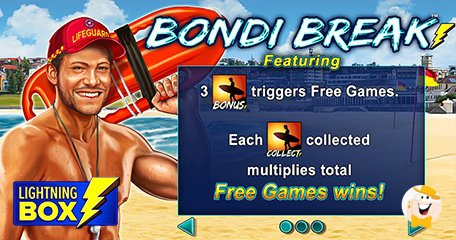 As Michigan opens up for online gaming across its territory, specialist slots providers like NetEnt race up for a share of the market. Lightning Box is now also among the frontrunners who have made their debut in newly regulated sector.

So far, the Australian-based developer and content creator has launched three of its most popular slots with BetMGM, Golden Nugget and Rush St in the Great Lakes State. Thanks to an exclusive partnership with SG Digital, Chicken Fox, Lightning Horseman and Lightning Leopard will go live for the first time in another regulated US state.

After a series of content distribution agreements and new game launches in previous months, including Bondi Break, Kalahari Safari and Chicken Fox 5x Skillstar, Lightning Box is focused on expanding in the growing US and Canadian market.

The company pushed hard to go live in Pennsylvania back in November 2020 and had started providing content with online casinos in New Jersey via Amaya in 2014. After attaining a well-deserved reputation for developing content for U.S. land-based operators, the group was recognized as a potential partner in other states, primarily Michigan.

Peter Causley, CEO and co-founder of Lightning Box, is pleased that the team have met the requirements in Michigan, and looks forward to expanding collaboration deals with other states looking to legislate iGaming in the upcoming period.

“Michigan is a significant state, not only due to the size of its potential audience but because of the importance of its tribal gaming community. It may well prove to be something of a case study across the rest of the country as a result.”

“We have earned our spurs across social, land-based and online casino in the U.S. now, as well as across the border in Canada, and we’re excited about the other opportunities opening up.”

In a recent interview with one of the industry’s leading resources for all the latest slot game releases and developments, Causley also said that the company is due to go live in Norway and with the Atlantic Lotteries, which are the collective Canadian Provinces of New Brunswick, Nova Scotia, Prince Edward Island and Province of Newfoundland and Labrador.

Lightning Box may not be the most industrious slot provider on the market, but the studio usually delivers one game per month. Among its latest reboots is Chicken Fox, only this time there is a 5x Fox on board, awarding each of the cash prizes five times, including extra spins. The game was released in December 2020 and it comes with a maximum payout of 758x total bet, 20 ways to win, a moderate betting level and an RTP of 95.61 percent.

The upcoming releases, Phoenix Coins and Lightning Shenlong are scheduled for launch in March and April, bringing action on 1024 paylines and optimal cashout capacities of up to 42,160x.

Similar to Phoenix Bird, the company’s next offering is also based on Ancient Greece featuring special wilds, scatters, complimentary rounds and a top payout of $210,800 with maximum bet.

“Michigan opens up for online gaming across its territory”

Nice, thay have only recently opened up the market. Great additon!

A good deal for them, Michigan is a big market. I’m sure the Lightning Box will expand further