Live5 Makes Debut in Canada via Loto-Québec and SG Digital 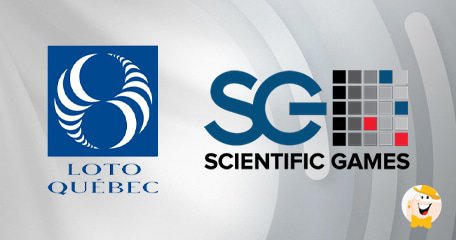 An up and coming producer of digital gaming content from the UK, Live5, is making another important global expansion by reaching the Canadian market after partnering with Loto-Quebec. The company’s latest arrangement has been endorsed by SG Digital, an online gaming and sports betting division of Scientific Games Corporation.

The studio’s top-ranking slots, such as Billy Gone Wild, Hercules and Ships Bounty, will go live for the first time via SG’s Open Gaming product suite, allowing players in the region to get acquainted with a broader iGaming portfolio.

Launched in April 2020, Billy Gone Wild represents one of the provider’s latest slot editions, armed with high volatility, 50 ways to win, solid maxium exposure and a set of immersive features such as extra spins, sticky wilds and respins.

The forthcoming aggregator is building a reputation in the online gaming sector at a fast rate, primarily by launching its quality slots with major brands such as Sky Vegas, Blueprint and GVC Holdings.

Famous for providing a thrilling and highly entertaining player experience, the company’s slots are initially focused on the UK market. However, the studio is now looking for new partners and channels to increase the distribution of its offerings, including the expansion into Canada via SG Digital.

“We have ambitious global expansion plans as we move into the second half of the year and are delighted to have entered the Canadian market with Loto-Québec. Canada is an exciting and thriving market and we look forward to seeing Loto-Québec customers play their first spins on Billy Gone Wild. This is just the start of our plans for Canada and we look forward to launching with more operators over the coming months. We will also deliver more titles to Loto-Québec.”

Over at SG Digital, Dylan Slaney, who acts as the vice senior president also expressed his opinion about the deal and said:

“It’s fantastic to see OpenGaming play such an important role in enhancing Loto-Quebec’s online casino offering with the launch of Live5’s content. Our Open Gaming System (OGS) continues to provide lotteries such as Loto-Québec with access to a platform rich full of quality games, including Billy Gone Wild. We’re delighted to have facilitated Live5’s entry into Canada and look forward to expanding its reach further through OpenGaming.”

Formed by a passionate team of individuals, Live5 Games tends to create high quality products for some of the world’s leading egaming operators. The company actively cooperates with brands such as Bet365, Betsson, EveryMatrix, Ladbrokes Coral, Leo Vegas, Betfair, PokerStars, Rank Group, Vera&John and many others.

By securing its stable position as a preferred developer with land-based casinos, Live5 is aiming to provide innovative games and improve the gaming experience for players who are constantly on the lookout for new iGaming products.

According to its portfolio, the company likes to be considered as a dynamic organization that is intensely involved in the rapidly growing world mobile gaming market. Despite the size of its catalog, the aggregator is proud of bringing quality games to this exploding market on a frequent basis. Among other great editions are also Snake, Fortune Lucky, Prize of the Valkyrie and Reach for the Stars.

Now here’s a new name in the iGaming industry ready to conquer global markets! It’s gonna be interesting to see what their next move will be.