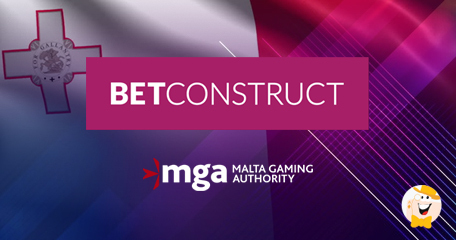 BetConstruct (Soft Construct Ltd) has obtained a live dealer games license in Malta, after the country regulator, Malta Gaming Authority (MGA) has approved their request for it.

By becoming owners of this license, the casino games supplier will be allowed to provide live casino games to any operators that are licensed under MGA.

…as they have been awarded a poker license by the MGA in October last year. Earlier this year, they have been given a licensing permit by United Kingdom Gambling Commission to operate live dealer games in this country.

Head of licensing and certification at BetConstruct, Karine Kocharyan, says:

“The long-awaited accreditation granted by the Authority widens the path of our operation and the outcomes are yet to be enjoyed. Still, this milestone is another firm step made to strengthen our Live Casino and its game development that sees no limits in inspiration and creativity.”

The former is the card game which garnered a huge popularity in India and originated in 16th century, while the latter is a classic card game that is part of the live dealer offer for the first time.

Company’s spokesman said that Live Casino is one of their fastest-growing products and is a perfect environment to introduce games specific to region.

Another agreement was signed with Pragmatic Play…

…whose Live Casino portfolio is among the most respectable and esteemed in the entire industry. This catalog of live dealer games will be made available on BetConstruct platforms as a third-party content.

“We are very pleased to have launched our cutting-edge Live Casino product with BetConstruct. BetConstruct have a very exciting product, and we look forward to continuing to grow with them as a partner.”