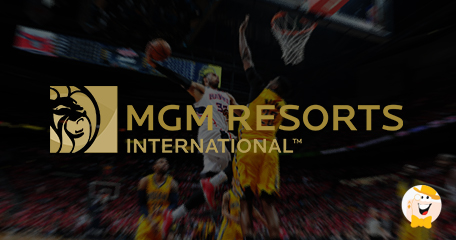 The National Basketball Association has finally announced its first gaming partner after signing a multi-year contract with, MGM Resorts International. The agreement will allow the operator to use all NBA and WNBA brands on its casino products including games and sports betting platforms. In addition, MGM will be given access to data from both leagues.

Furthermore, the betting giant will be advertised on digital assets as well, such as social media and sportsbooks. Chairman and CEO at MGM Resorts, Jim Murren, is thrilled to have partnered with an innovator and leader of the sports revolution, saying that the league will revolutionize sports wagering across the United States in the next few years.

Murren also added that integrating NBA’s assets to MGM’s platforms will provide an important advantage in terms of confidence, knowing that all data comes straight from the Association.

In light of current events, NBA Commissioner Adam Silver, said that the sports betting industry in the U.S. is evolving at a fast pace, so forming a partnership with one of the biggest aggregators will definitely result in the best possible entertainment experience.

Silver added that real-time data and scores will maintain and enhance the integrity of all games, making the newly formed partnership completely unique and unparalleled.

The deal will last three years, and it is estimated at roughly $25 million.

The company behind some of the greatest casinos in the world has set many targets for 2018, and one of them was to purchase the Empire Casino in New York earlier in May...

However, having resorts in other parts of the world isn’t new to the company: apart from the MGM Grand Detroit, there are two additional venues in the Chinese special administrative region often called Las Vegas of Asia – MGM Macau and MGM Cotai.

“ sports betting industry in the U.S. is evolving at a fast pace”

Just as I expected… well if you really think about it, it was either MGM, Wynn or Caesars.