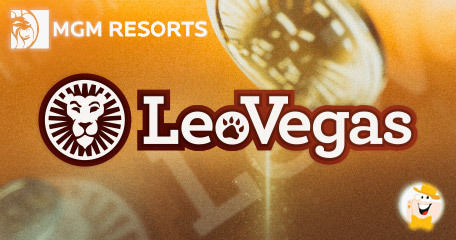 Over the last weekend, an American global hospitality and entertainment company operating in Las Vegas, MGM Resorts, has offered a unique bid to acquire a Swedish gaming giant LeoVegas for $607 million.

The recommended public tender offer for 100% of LeoVegas Casino was revealed at a cash value of SEK61 per share, which is more than six hundred million in cash.

A New Opportunity for Strategic Growth

As one of the fastest growing casino resorts in the world with a total revenue of $12.899 billion (2019) MGM Resorts intends to become the next leading gaming entertainment company in the industry.

According to the CEO, Bill Hornbuckle, this strategic opportunity with Leo Vegas will allow the company to expand beyond its reach all around the world and also enable it to achieve further success in North America.

“We have achieved remarkable success with BetMGM in the US and with the acquisition of LeoVegas in Europe, we will expand our online gaming presence globally,” commented Hornbuckle.

The chief executive strongly believes that the offering could help both teams accelerate their global digital gaming growth and fully realize the potential of their omnichannel strategy.

As stated, LeoVegas and its board of directors issued a statement on Monday urging shareholders to take the offer. The acceptance period of the proposal starts around June 3 and ends around August 30.

The latest acquisition offer follows MGM‘s recent efforts from 2021 when the company made a bid to take possession of Entain for approximately $11 million. The bid was rejected by the firm, stating it was “not enough”.

To date, the hospitality and entertainment conglomerate from Las Vegas, Nevada owns and runs casinos in both the United States and China’s gambling capital, Macau. MGM is also planning to build a $9 billion casino complex in Osaka, Japan.

Casino Operator of the Year at EGR 2022

In the meantime, the leading sports betting and digital gaming company has been named Casino Operator of the Year at EGR North America Awards 2022, while LeoVegas earned a recognition at GGA 2022 as Online Casino of the Year..

As stated by Adam Greenblatt, chief executive officer at BetMGM, the company is honored to be recognized by its peers and promises continued support from MGM Resorts and Entain so that its future casino products may set the bar even higher for years to come.

Nominees for the award were judged on the originality of their product, strength of brand and innovations. Bet MGM has dominated the sector through global reach and quality of products. It was also recognized for offering the nation’s largest exclusive state-by-state in-house progressive jackpot network.

“a unique bid to acquire a Swedish gaming giant LeoVegas”

Wow, the race is really getting tougher and tougher every year with big corporations like MGM acquiring all the great gaming companies with enormous potential so they would control a larger chunk of the market... I guess if you’re a name in the industry, you’re up for sale any moment now. Unless you’re IGT or SG.