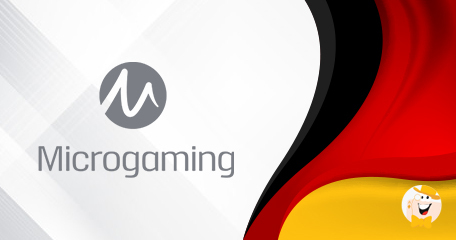 Following a brand-new host of action-packed games for October, Microgaming has officially announced full support for Germany’s proposed online gaming regulations. By complying with the country’s latest iGaming legislation, the supplier unquestionably affirmed its commitment to providing customers in local markets with a solution for the new regime.

As stated in the official document, new directives must include a five-second interval between reel spins, monthly deposit caps as well as a maximum stake limit. Moreover, all online gaming products must be exclusively presented in the German language.

However, there is still a lot to be covered by the country’s new set of regulations, since the new rules officially come into effect in July 2021. It is only after this month that the suppliers can apply for relevant licences.

Meanwhile, the jurisdiction will issue a policy of transitional tolerance, allowing operators to engage in the German market under a certain condition – new regulatory measures must be adopted first. Those vendors that ignore the new regulations will be excluded from the future official licensing procedure.

The Isle of Man based privately held gambling software company, Microgaming, will employ a solution by October 15th that is in full compliance with the German Toleration Regime. In doing so, the clients will become available to enter the German market in no time. For starters, more than 150 games will be made available to customers in this market, including mega hits Book of Oz from Triple Edge Studios, 9 Masks of Fire by Gameburger Studios or Bonanza, a massively played title by Big Time Gaming.

Leon Thomas, commercial director at Microgaming commented about the new regulations in Germany:

“As a socially responsible business, Microgaming broadly supports the regulatory changes in Germany, where we will be providing our customers with a solution that includes some of our most popular and successful titles – long before the new gambling laws coming into force next year.”

Among the providers with a significant presence in the European market is also Pariplay, a company that has also implemented Germany’s recent changes regarding iGaming. Apart from realizing a win probability display that allows players to see the likelihood of the main win, the Gibraltar-based studio will also showcase average payout for a €1 bet.

Other regulations include no auto-spin feature, no coin display as all stakes must be presented in Euros and Cents, no jackpots as well as the average spin time of 5 seconds per game and finally, maximum stake cannot exceed €1.

ORYX Gaming, has also announced that its product suite and RGS slots content have been adapted to be fully compliant with the latest Germany transition period guidelines. The group has modified software for more than 100 games from GAMOMAT, Kalamba Games, Giveme Games, Golden Hero and other contributors.

These are certain changes that suit players from Germany, it is now up to the providers to comply with the new regulations

So many regualtions and restrictions in a short period of time...

Great for them, but not every company is Microgaming and they don’t all adjust as well or as quickly. Especially with these new German regulations.

Glad to see Microgaming pushing forward and always staying at the fore. Hope that Germany will ease some of the regulations over time, this seems too novice to me.