Microgaming Rolls out a Powerful New Line-up of Exclusive Games for March! 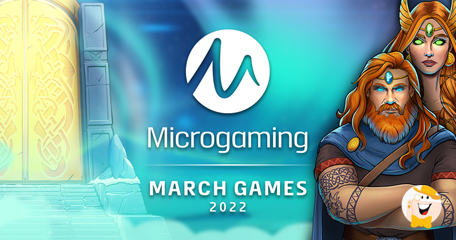 After a month of exclusive royal slots and table games from Microgaming, the provider is back to unveil the next part of roadmap and treat us to a powerful new batch of awe-inspiring titles from its independent studios and content partners.

Get ready to explore a kingdom of diverse slots all throughout March from PearFiction, SpinPlay, All41, Crazy Tooth and many other acclaimed game builders under the aggregator’s umbrella, so… ready, set, go!

Already out on 1 March are Kings of Crystals, the latest slot experience from All41 Studios where players can enjoy the beauty of red, green, and blue crystals across dazzling, high volatility, variable reels and paylines.

There is a chance to activate up to three extra spins features at once in this game, which leads to the coveted ‘King of Them All’ spins mode packed with nudging wilds, line multipliers and jackpots, rising up to 10,000x the stake!

As a special surprise this month, we finally got to see The Great Albini 2 on 3 March as he returns to mystify his fans thanks to Foxium and provides another magical mystery with collectable money gems. To give players a unique show, this sequel is packed with complimentary spins, Albini Multipliers and Lily Extra Spins.

On 08 March, the underwater kingdoms continued to expand as PearFiction Studios unveiled 15 Tridents, a mystical slot played on 2x reels, each featuring 1,024 ways to win. Due to its SwiftHits collection mechanic, the game’s bonus spins and three immersive base game features will thrill and excite all players as they dive deep for a massive 10,000x win cap.

Introduced on 10 March thanks to the courtesy of Crazy Tooth Studios is 777 Rainbow Respins, where players can find bigger prizes on every win due to the RESPIN INSANITY engine. With jovial Irish tunes, friendly leprechauns, and magical wins, you will be at the end of the rainbow in no time!

Going live on 14 March is Lucky Lad Flynn by Gameburger Studios. Thanks to a brand-new update to the HyperSpins respin feature, this game features even more immersive hyper spins and in-play bet adjustments.

On a similar note, since St Patrick’s Day wouldn’t be complete without another themed release, players can look forward to Lucky Leprechaun Clusters on 15 March. It is based on the innovative and new ClusterChase mechanic, bringing a host of features and the iconic Trail o’ Fortune bonus mode.

In the midst of March, Neko Games will roll out 1524 Golden Quest, giving players an opportunity to become conquerors and journey through the South American jungle while discovering a myriad of additional features. This new video bingo game is played across four tickets, and comes with a jackpot of up to 5,000x the bet.

Coming by the End of the Month

The last two weeks of March in 2022 will feature a new table game from Real Dealer Studios, called Turbo Auto Roulette. Scheduled for launch on 21 March, this title brings charged roulette experience, tailored for players with a need for speed.

On 22 March, SpinPlay Games returns with a new magical adventure in its popular series, named Amazing Link Fates. Apart from experiencing great fun with bonus spins and jackpot features, players will ultimately gain access to the Amazing Link forest where they can unlock a mesmerizing win potential.

The biggest hit of the month is coming on 24 March from Snowborn Games, and it is called Masters of Valhalla. This exclusive title promises hours of volatile action with Thor, Odin, Hel and Freya whose skills will expand, multiply, collect and add multipliers through the entire epic bonus play round!

To sum it all up, GONG Gaming Technologies will take players back to ancient Egypt in their latest mythical slot, Book of Raider on 28 March, while Triple Edge Studios gears up for Cash 'N Riches Megaways one day later on 29 March.

Microgaming has already brought a range of new titles from content partners like Gamevy (Legend of Perseus on 03 March), Super Rainbow Megaways by Iron Dog on 09 March, Diamond Fruits (03 March) and Apollo Pays (16 March), both from Big Time Gaming and so on, while Warrior Ways by Hacksaw Gaming are going live on 29 March.

Microgaming always prepares the best for its players! I can't wait to try out these new games, and I'm sure other players will enjoy playing them too! Definitely a promising collection of games!

Always glad to see their latest work, it’s like waiting for a new movie to come out or something, haha