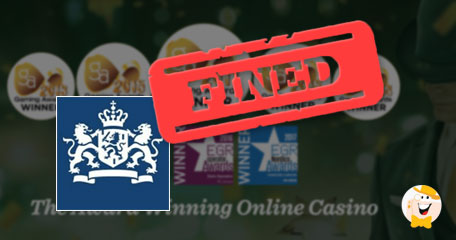 One of the fastest-growing businesses in the casino industry, Mr Green, has been penalized by the Dutch Gaming Authority for IP blocking in the Netherlands. The company will have to pay up a sum of €312,500 for not complying with the state’s guidelines for online gaming, that had previously been issued.

MRG Ltd has stepped forward, saying that it has complied with all the guidelines, but agrees with the regulator when it comes to IP blocking. No official statement has been published, except that the operator has accepted to pay the fine. Gaming operators in the Netherlands do not practice IP blocking, and it was a real surprise that one of the leading online casinos has opted for this approach.

In the long run, the regulator’s penalty for blocking players’ IP address will not have a huge impact on MRG’s profitability. The Dutch market represents approximately 6 percent of the group’s total revenue, whose financial records from Q2 exceeded SEK 26 million.

Due to the fact that the gambling enterprise is active in 13 different markets, its turnover in 2017 reached a dazzling SEK 1,192.0 million. The company has 300 employees and owns licenses in Denmark, Italy, Latvia, Malta and the UK. Additionally, MRG runs a sportsbook in Ireland and operates iGaming sites such as Mr Green, Redbet, Winning Room, MamaMia Bingo, BingoSjov and others...

Mr Green is currently celebrating its 10 Year Anniversary in business by promoting incredible weekly and monthly raffles such diamond giveaways, trips around the world, gold ingots and more.

Head to the venue today and check out its latest exclusive offers… spoiler alert: you might get blown away!

I really don’t understand why they would prevent players from joining… other operators even allow free play.