NetEnt Takes Players Deep into the Jungle in Silverback Gold for 45,000x Wins 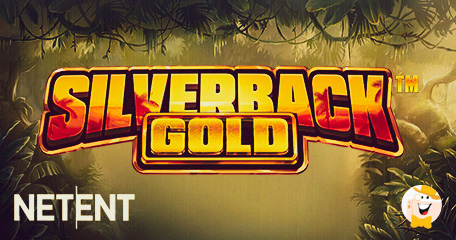 The year of 2021 has seen many spectacular achievements from NetEnt, including a new market entry in Michigan, product launch of the year at Global Gaming Awards, two wins at EGR B2B Awards, and three long expected titles – Gordon Ramsay Hell’s Kitchen, Starburst XXXtreme and Gonzo’s Gold.

At the end of December, the premium supplier of digitally distributed gaming systems is finally back to present its latest game filled with exciting colorful characters, captivating features and majestic mountain gorillas, called Silverback Gold.

As top-ranking software providers race in to present their latest Christmas-themed slot releases and win the hearts of players, NetEnt makes a comeback at the peak of the season to launch its latest title on 16 December, called Silverback Gold.

This graphically rich game takes players deep into the jungle to meet a host of colorful creatures, where they will experience one of the wildest adventures of a lifetime and remain on the edge of their seats throughout the entire expedition of the jungle!

Silverback Gold from NetEnt plays out on a 5-reel, 4-row reel set, where Golden Silverbacks, free spins, the Silverback Attack feature and a Buy Feature take turns for a maximum win of 45,000x the bet.

Based on high volatility, the game forks out gorilla-sized wins and makes players question themselves on who the real king of the jungle really is.

As disclosed, the main highlights of the game are the coveted Golden Silverbacks, acting as the highest paying symbols. They can be found through the free spins feature, while collecting tokens may boost the collect meter that can reach 300 and upgrade all Silverback symbols to the Golden Silverback variety.

On a similar note, if 3 to 5 scatter symbols land on the reels at any moment, players will activate 10, 15 or 20 free spins respectively.

Gorilla lovers will also take full advantage of the Silverback Attack feature, a randomly generated attraction where 6 to 20 Silverback symbols are launched onto the reels leading to mighty wins!

If you belong to those players looking out for more free spins action, check the Buy Feature and get access to more complimentary rounds with 100x the bet. Once triggered, a single free game spin is guaranteed to deliver 10 mini games.

“Silverback Gold™ will appeal to all generations of players, which is rare. It has many of the components of a great classic game but with fun new twists players are sure to love. The progression in win size in the free spins is powerful and players who convert all the Silverbacks to gold are in for the ride of their life,” explained Todd Haushalter, chief product officer at Evolution, owner of Big Time Gaming, NetEnt, and other reputable software brands.

Online players in this country will soon be able to enjoy player favorites, such as Dynamite Riches Megaways, Gonzo’s Quest Megaways, Primate King and Mystery Reels and more.

“The mighty Silverback gorilla comes to NetEnt with the launch of Silverback Gold™”, netent.com, December 16th, 2021.

I have played this game a tiny bit when some of my favorite casino's have given me a few free spins to try it out. But after reading this article about the games many features, and the massive payouts possible, I think I might try a longer session with it that I will fund myself. Netent does seem to be the preeminent software...

I have played this game a tiny bit when some of my favorite casino's have given me a few free spins to try it out. But after reading this article about the games many features, and the massive payouts possible, I think I might try a longer session with it that I will fund myself. Netent does seem to be the preeminent software company and perhaps with good reason their popularity only reflects the quality of their games and they keep coming up with new ones too, Thanks for the informative article.

This game looks great, it's full of excitement! These gorillas look a little scary, but I like the theme!

The game looks great, nice jungle-theme slot. NetEnt has been busy all year, I hope it will continue in the same manner next year.

Netent has somehow fallen into the shadow over the past two years, focusing mostly on profit and not on the players. I remember how earlier releases were always expected with anticipation, now it’s barely a game or two per year...