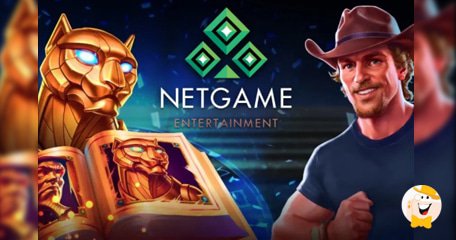 Provider of slot titles, Netgame Entertainment, has readied the sequel to its popular release, dubbed Book of Nile: Lost Chapter.

Boasting a prolonged bonus spins count thanks to a winning combination of special symbols, the game is released across Windows, iOS, Android and Linux platforms, and boasts extra spins, buy bonus and gamble features.

The second part of Book of Nile series begins another winning chapter in a life of every slot player.

Bonus spins round comes with an additional expanding substitution symbol. A special symbol is chosen when the feature starts and is expanded to an entire reel every time it appears on the screen as a part of the winning combo.

In this game, whenever you win during the bonus feature, you get an extra spin. Two to three special symbols expanded within the same spin will get you an extra spin, while four symbols will bring 2 or more spins, while 5 symbols get three or more spins.

Another notable feature this game has is the Gamble Wheel…

…in which you can multiply your last win up to 500 times. The Buy Bonus feature allows players to pay for instant access to the bonus game to guarantee them a shot at boosting winnings.

Lost Chapter’s ultimate prize is a massive win up to 13000x that comes from finding the magical book packed with ancient secrets.

“Matching the huge success of our release of Book of Nile: Revenge was always going to be a tough ask, but our creative team have triumphed. Lost Chapter builds on the original story and immerses players within an absorbing journey where huge wins are available through several epic features.”