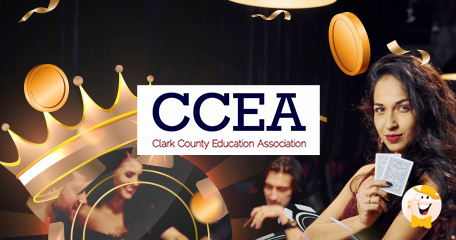 The state of Nevada is well-known for the high influx of gamblers who come from all parts of the world to enjoy the unique offer of local casinos. However, the local casino sector can become unbearable for operators if they meet more stringent tax obligations. Clark County Education Association (CCEA) has just proposed the introduction of higher taxes for gambling venues all over Nevada. If the Group turns successful in its endeavors, the current tax rate can increase by 40% from 6.75% to 9.75%.

The Clark County Education Association (CCEA) proposal has already faced resistance from local operators. Nevada casino providers are against the idea of paying more money to authorities and the entire CCEA attempt to convince people in the necessity of these measures.

CCEA looks to organize a ballot that would enable voters to consider the potential raise in taxes for casino properties, transferring the part to educational purposes. According to the Nevada Resort Association (NRA), the CCEA plan is away from true as it looks to funnel the money into the state’s general fund. The group plans to direct only one part of funds to education and lawsuit against their ideas has already been prepared.

It is also worth mentioning that ballot entry has obvious language mistakes regarding the starting date for tax collection. The Group has explained that the higher tax rate would be applicable starting from January 2023. Nevada Resort Association argues that the previous expectations are away from reality. The Association believes that the proposal will need not only approval of voters but also official review and green light from the Nevada Supreme Court. It would result in 38 days waiting time – giving the fact that tax should be covered on a monthly basis.

Reacting on CCEA initiative, the Nevada Resort Association has submitted a lawsuit against the group:

“Whether the proposed Description of Effect is misleading because of intentional concealment or oversight, this Court, through its jurisdiction under NRS 295.061, is ultimately charged with safeguarding the citizens’ right to be provided with an accurate account of a proposed measure.”

Further on, NRA states that it is not accurate that tax generated money would be directed to the Distributive School Account. Legislators will finally make a decision on how to use additional tax revenues. NRA Attorney, Matt Griffin observed:

“It is important that voters understand that despite CCEA’s representations, the Legislature would have no duty to use any of this money for education. The Legislature would be free to spend it on state employee salaries, construction of state buildings, or anything else.”

Meanwhile, CCEA continues with its initiative and collecting of signatures for ballot organization. The group should have 10% (97,598) of state voters signatures to qualify for review and potential ballot in 2022.

“higher taxes for gambling venues all over Nevada”

It seems that Nevada has problems with some illegal organizations. I think that officials should pay attention to all these unlawful steps and protect residents from major problems.