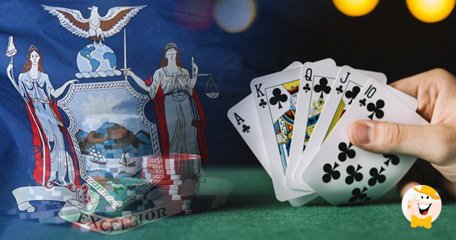 New York State Gaming Commission has just set in motion an official study to determine the impact of possible financial relief to the commercial venues. The state is currently considering proposals from analysts who will perform a study on the gaming sector including the framework of taxation and lowering of commercial casino obligations.

New York State officials have signed several compact agreements with tribes between 1990-2000. According to the deals, most tribal venues pay about 25% of slot revenue to the state. The state allows tribes like Oneida Nation and St. Regis Mohawk to operate Class III casino gaming on the state land. Both Oneida and St. Regis agreements cannot be modified except via a written deal between the state of New York and the tribe.

“Since opening their doors, there has been an ongoing effort by the commercial casinos to alter the state’s carefully crafted gaming rules, which would be a bait and switch. The existing rules were the product of months of negotiations, and the Oneida people made significant financial and legal sacrifices to reach a deal with the State and counties, at significant cost to our operations… Commercial casinos have made massive and unrealistic promises to their shareholders and to the region, then consistently failed to meet their obligations.”

Meanwhile, the examinations on tax relief are going on and commercial casinos wait for the final decision. However, four operators shouldn't expect major modifications of current tax rates.