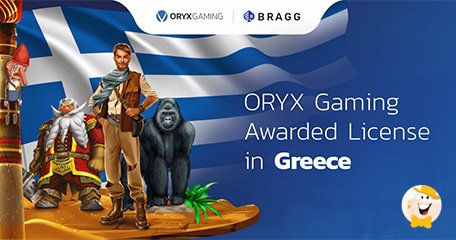 Wanting to diversify its online games selection, Hellenic Gaming Commission (HGC) has recently awarded numerous licenses to software developers. The newest companies approved to offer their immersive products to Greek players include the likes of Hacksaw Gaming and ORYX Gaming.

Though primarily recognized for its action-packed scratch cards, Hacksaw has decided to venture into slot production as well, showing a high level of skills and capability in delivering multiple game genres. Widely known as one of the leading providers of Omnichannel Turnkey solutions, aggregated content, games, sportsbook, and lottery, ORYX has so far teamed up with 400+ operators.

Entering New Market with a Bang

With the Commission’s approval, Hacksaw Gaming will launch a selection of top-performing games into the newly regulated market. Greek players will get a chance to explore action-packed titles such as Chaos Crew, Hop’n’Pop, Stack ‘Em, and the most recent release - Xpander.

“The first half of 2021 has shown a huge increase in demand for our content, and we are honored to have been awarded a license by the Hellenic Gaming Commission which will allow us to offer our hit titles to operators in the newly regulated Greek market. We have a number of clients on standby and are looking forward to entering this market with a bang.”

Oryx Gaming, a Bragg Gaming Group has also been granted a license to supply its exclusive content via its proprietary remote games server to operators in Greece.

According to Chris Looney, Chief Commercial Officer at Bragg:

“Our technology is flexible, and it gives us the agility to adapt quickly to new market regulations, and we look forward to launching in many more new markets over the coming quarters with our in-house developed content, our player engagement tools, and exclusive third-party content.”

With the A1 license, ORYX is greenlighted to cooperate with all local licensed venues such as OPAP, Stoiximan, Betsson, and NetBet. In the upcoming months, more online casino brands are expected to open their doors in the market via the Company’s ORYX Hub distribution.

… Play’n GO acquired supplier license, which enabled the creative gang to exhibit its hits to the local audience. The Green Knight, Rich Wilde & The Amulet of the Dead, and Hammerfall were some of the many titles which went live in the market.

In July, 1x2 Network was certified by HGC, allowing the provider to launch an entire suite of games developed by its subsidiaries Iron Dog Studios and 1X2gaming, in partnership with Greek licensed operators.

… Betixon, has submitted a B2B Manufacture’s Suitability License to the Commission hoping to enter the Greek market for the first time. To ensure compliance with the standards, the innovative developer has also taken additional steps - ISO27001 certification and licenses from the GB Gambling Commission and ONJN Authority in Romania.

After joining forces with Novibet, one of the leading sports betting operators in the Greek and the UK market, the mobile gaming specialist got the opportunity to showcase its products to local consumers.

This is great news not only for the studios but for Greek players as well.