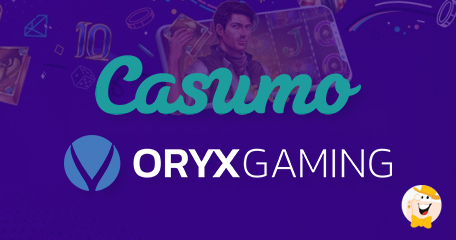 ORYX Gaming, an excellent turnkey producer and part of Bragg Gaming Group company has just entered the Spanish market after signing a partnership agreement with Casumo.

Following the new deal, Casumo will be the second operator in Spain to deliver ORYX’s RGS content to its players, including releases from GAMOMAT. Spanish players already enjoy feature-rich content from GAMOMAT, including Red Hot Firepot, La Dolce Vita, and Books & Bulls.

Casumo is an award-winning provider of online casino content and sportsbook operator, established in 2012. The brand received an online license in Spain in July 2020 after the third tender process. It has joined a group of 80 betting operators in the European country which have an official license.

At the same time, ORYX Gaming continues to spread its presence in new jurisdictions, with Spain being the latest one. The provider of turnkey solutions meets local regulatory requirements and is fully compliant with the legal instruments. The local online gaming market has recorded impressive growth ever since opening in 2011.

“Expanding into new markets is a big part of our strategic plan so we are thrilled to strengthen our presence in Spain with this Casumo deal.

“Casumo is the perfect partner for us as they have quickly established themself as a fun and entertaining casino brand and we look forward to working together to further enhance their offering. This partnership will also open the door to further deals in Spain and we see great potential in this market going forward.”

What Was Previously Announced

ORYX Gaming continues to enrich its presence in the iGaming market while securing deals with established content developers. The brand has just inked a deal with Dazzletag to take its offering live via the platform. This deal will see ORYX games from RGS providers including GAMOMAT, Kalamba Games, Givme Games, Golden Hero, CandleBets, and Peter & Sons made available to Dazzletag’s online casinos.

ORYX’s is more than popular for its RGS games, which combines elements of classic and innovative releases, with significant player appeal. The Slovenian firm has a license from the Malta Gaming Authority (MGA) and the Romanian National Gambling Office (ONJN) and its portfolio is also certified in 18 major jurisdictions. ORYX has received an ISO/IEC 27001 certificate, for its commitment to information security. The brand has offices in Malta, Slovenia, UK, and the US.

“a partnership agreement with Casumo”

A huge step for Oryx Gaming, the Spanish market is very serious. They made a great deal with Casumo

ORYX is growing rapidly and its strategy is amazing…