Overview of Gambling Regulations in USA and Europe for October 2021 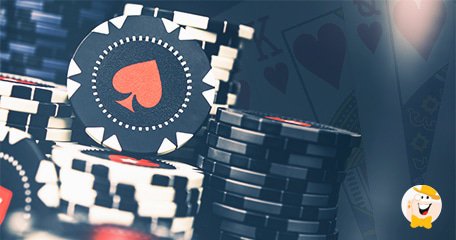 The time has come to bring you one more overview of regulatory changes in land-based and online industries from all corners of the world. Once again, the US market takes the highest position, with plenty of newly opened online facilities state-wide.

A change worth addressing in the very beginning is that the District of Columbia got its first Class B licensed sportsbook on October 4, 2021. The Grand Central Sportsbook became the first bar to launch a private sportsbook, offering two self-service kiosks and a ticketing window.

What follows is a complete insight into all the regulations from all over the globe, with a special accent on the United States and Europe, so stay tuned!

On October 19, 2021, the Mohegan and Mashantucket Pequot Tribes and the State Lottery fully launched online sports betting and iGaming in Connecticut.

…the introduction of sports wagering in Florida was postponed due to numerous legal challenges against the compact agreed between the state and the Seminole Indian Tribe. As a result, the market will be launched on November 15, 2021, at the earliest.

As for Missouri, the State Lottery awarded Scientific Games a five-year contract to operate instant ticket games in the state. The same company penned a 10-year gaming systems contract upon joining forces with The Vermont Lottery. According to the plan, the contract is expected to be enforced in Autumn 2022, aiming to maximize the revenues for the state’s Education Fund.

On October 6, 2021, Paragon Casino, a tribal casino, became the first facility to launch sports betting in Louisiana. This was made possible via a partnership with Betfred Sports. As for the state’s commercial casinos, they are scheduled to open doors in Q1 2022.

A ballot initiative proposed in September…

…to permit online sports betting in California was amended to clarify that tribes would be classified as sports wagering licensees whereas commercial operators would be referred to as platform providers. Aside from these changes, the proposal was also amended to state that the commercial platform providers should pay tax on their activities, while tribes aren’t required to do so.

Following amendments to allow tribes in Washington to offer sports betting, the Department of the Interior approved nine tribal gaming compacts. A further seven compacts are still under consideration but are expected to be greenlighted.

Overview of Changes in Sweden, Netherlands, and Lithuania

In Sweden, the Ministry of Finance submitted its report on the online gambling market suggesting that all offshore operators should be blocked by ISP in the country. Under the current regulations, only companies that are actively targeting the market are blocked.

As for the Netherlands…

…the KSA announced it would launch an application process for the country’s totalisator betting monopoly license, which would be awarded for a term of five years starting on July 1, 2022. The process was set to launch on November 1, 2021.

Finally, in Lithuania, Parliament gave its final approval to a bill to allow for online-only gambling licenses. When the bill is enacted, offshore online operators will no longer be required to team up with a land-based licensee to target the market from 2022.

Let’s start with Ireland, where the legislation to overhaul the country’s gambling regulatory framework was submitted to the Cabinet for consideration.

Some of the changes include…

…the establishment of a new gambling regulator, whose duties would be expanded. For example, the body would be able to enforce ISP and payment blocks on unlicensed operators. Also, restrictions on advertising and bonusing, as well as a ban on the use of Loyalty programs, were introduced as well.

Speaking of restrictions, the legislature approved proposals to prohibit gambling advertising between 07:00 and 22:30 on television and radio in Portugal.

Most Recent Updates from Chile and Brazil

Following the launch of a tender for two casinos located in the region of Valparaíso: Enjoy San Antonio and Enjoy Santiago, the Chilean Gaming Board (SJC) has so far received eleven offers for nine new casino licenses. Eight of those bids were submitted by operators wishing to renew their permissions while the remaining three were suspended due to legal proceedings.

In Brazil, the state of Maranhão opened the registration phase for interested parties wishing to offer lotteries and sports betting. The new state lottery under the name LOTEMA will cooperate with multiple operators to offer lottery games and sports wagering both online and via land-based facilities.

“overview of regulatory changes in land-based and online industries”

@Alexis It's not like there are updates on it daily. Nothing is official right now but it's all complicated. The new regulations are the same everywhere in Germany but only for online gambling or betting. But all 16 states got their own regulations for landbased casinos. And there are the EU Casinos. German regulators want...

@Alexis It's not like there are updates on it daily. Nothing is official right now but it's all complicated. The new regulations are the same everywhere in Germany but only for online gambling or betting. But all 16 states got their own regulations for landbased casinos. And there are the EU Casinos. German regulators want to get rid of them unless they have a the German licence,but Germany is part of the EU. Brussels has a say as well. .

@ Frankey Oh, that's terrible, it most certainly caused a lot of chaos among players. You can create a forum topic if you want and tell us more about those changes the states are asking for. We'd like to hear more about the situation in Germany and how players and operators are dealing with the new regulations. First-hand...

@ Frankey Oh, that's terrible, it most certainly caused a lot of chaos among players. You can create a forum topic if you want and tell us more about those changes the states are asking for. We'd like to hear more about the situation in Germany and how players and operators are dealing with the new regulations. First-hand info is always appreciated! :)

Very interesting. Here in Germany, only 4 months after the new regulations started, some states asking for changes. And Betway managed to put a huge number of their members accidentally on Germany's Oasis exclusion list which automatically bans them sign up, play, bet or deposit on any gambling sites for a year

Thanks for all this very interesting news.

Thank you LCB for the updates regarding the regulations in every corner of the globe. October has been characterized by various changes in the gambling industry, I am glad we are well-informed.

Wow, monthly retrospective already! Thanks for one more report.