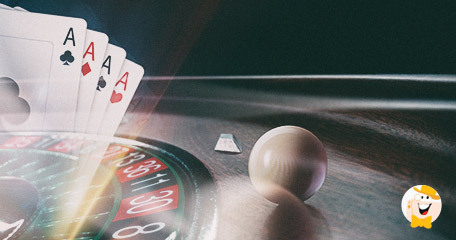 While these monthly reports usually start with regulations from the United States, as that’s the region where the biggest number of updates occur, this time, Ontario takes the stage. On April 4, 2022, this Canadian province welcomed online gambling.

As for the United States, online sports betting continues to conquer one region after another. Meanwhile, the UK presented a new set of regulations for advertising, aiming to minimize the possibilities for such content to become appealing to underage consumers.

What follows is a recap of all key gambling updates which marked the month of April in Canada, the United States, South America, and the rest of the world, so stay tuned!

On April 4, 2022, Ontario officially opened its doors to commercial online betting and gaming and published guidance regarding advertising, marketing, and compliance. A couple of days before the market opened, the local regulator AGCO announced that suppliers who have not received a license by the launch date must cease all activities in the province.

Now, let’s address the most recent updates across the United States!

Let’s start with Oregon, where Governor Kate Brown signed legislation to ban greyhound racing in the state. As far as the bill defines, Racing Commission is prohibited from granting any greyhound racing license starting July 1, 2022. Worth adding is that the State has not held live greyhound racing since 2004, which is when the Multnomah Greyhound Park closed.

Missouri is closer to accepting retail and online sports betting…

…as the Bill which authorizes these activities was passed by the House. If approved, the bill would greenlight retail sports betting at the state’s casinos. Online sports wagering would be delivered through a total of 39 online skins shared by the casinos and the six professional sports teams in the state. The suggested tax for sports betting is 8% of the gross win.

Meanwhile, in Kentucky, the House passed the legislation to authorize retail and online sports betting along with online poker and daily fantasy sports. The Bill has now progressed to the Senate for consideration.

As for New York…

…the State’s final budget included the development of three casinos in or around New York City in its plans. Gaming Commission has been tasked to develop the necessary regulations to govern the casinos.

In Paraguay, the Senate passed a law that gives municipal governments more power regarding slot machine permits. According to the law, the installation of such machines outside of casinos and slot parlors is also banned.

…the government announced the creation of a technical commission to evaluate new lottery models in six states and the Federal District. Stakeholders, as well as public or private entities, are likely to be invited to take part in the process.

Also, the Rio de Janeiro State Lottery (Loterj) announced that it would hold a hearing on how instants and sports wagering could be operated in the state. Both online and retail lottery outlets would be included.

As for Argentina, the government of Buenos Aires Province suspended the resolution which would have enabled the use of debit cards and the installation of POS systems in slot parlors, casinos, racetracks, horse race betting shops, and lottery outlets.

United Kingdom’s Committee for Advertising Practice presented new advertising restrictions scheduled to take effect from October 1, 2022. As suggested, operators would be prohibited from featuring celebrities in their adverts who are likely to be of strong appeal to those under 18. Such individuals include sportspeople, celebrities, and social media influencers as well as sports team kits and stadiums.

On the other side of the globe…

…Thailand is investigating the potential of permitting gambling in the country. The initial plan is to develop a casino in Bangkok before expanding to other regions.

Finally, India seems to be closer to regulating online gaming, as the legislation which permits this activity was introduced into the Federal Parliament. The Online Gaming Regulation Bill would establish a central regulator to develop regulations for the market as well as license operators and prohibit offshore operators. However, the bill lacked detailed proposals on what products would be permitted and who would be able to access the market at this time.

“online sports betting continues to conquer one region after another”

Canada has been very active recently and it must be very refreshing for Canadian players to have so many new options in a short space of time.

New options, in Alberta the only thing that I have experienced is being restricted from playing NetEnt games . . . Again. They've only been back for a couple years now they're gone again. Good riddance

Great report! Thank you LCB for the updates regarding the regulations in every corner of the globe. :)

Thank you LCB for the updates regarding the Gambling Regulations! April was definitely an important month for Canadian players.

Great news for Ontario, I hope other provinces will follow the same path and create the necessary regulations to approve online gambling.