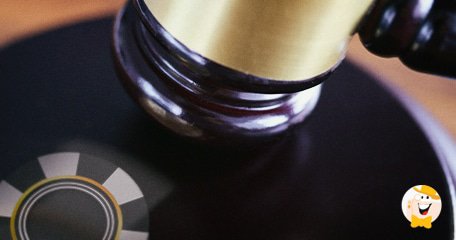 US and Europe-Wide Regulations in November

With more and more states accepting online sports betting in the first place, the iGaming market of the United States is gradually growing into a truly gigantic one. US-states wide, plenty of land-based operators received approvals to offer online sports wagering services.

Europe, as usual, continuously tightens up its protection measures. Mandatory ID verifications are just some of the most common methods implemented to increase the level of responsibility among players.

The time has come to summarize all the regulations which marked the month of November, so keep reading!

On November 6, 2021, Arizona welcomed BetMGM, which was marked with the launch of its retail sportsbook at the Vee Quiva casino. Two days later, Rush Street International opened its BetRivers online sportsbook.

A coalition of tribes…

…submitted a ballot proposal to permit retail and online sports betting in California. As far as suggested the tribes would remit 20% of gross win generated from sports wagering as part of a revenue-sharing agreement with the state. On October 25, 2021, the Connecticut Lottery unveiled the first of its 15 retail sportsbooks in cooperation with Rush Street interactive.

As for Florida, online sports betting started operating on November 1, 2021, with the rollout of the Hard Rock Sportsbook app. However, a District Court ruled that the compact agreed between the state and the Seminole Indian Tribe violated the Indian Gaming Regulatory Act, stressing out that online sports betting should stop immediately. Despite the ruling, the Tribe confirmed they would continue to offer the services.

Five proposals from the companies interested in developing an integrated casino resort in the city were submitted to the City of Chicago, including submissions from Bally’s, Hard Rock International, and Rush Street Gaming.

…the Greyhound Park announced it would halt operations at the end of the 2022 racing season. Taking place from April 16 to May 15, 2022, the season will mark the end of live greyhound racing in the state. In addition to this, FuboTV presented its online sports betting platform Fubo Sportsbook in partnership with Casino Queen Marquette.

MGM National Harbor, Live! Casino, Hollywood Casino, Horseshoe Casino, and Ocean Downs Casino received licenses from the Gaming Commission of Maryland to offer sports betting. The launch of the market is expected for January 2022. On 11 November 2021 BetMGM rolled out its on-site online sports betting app at the Beau Rivage Casino in Mississippi.

As for New Jersey…

…Tipico launched its iGaming platform in partnership with Ocean Casino Resort. Also, Governor Phil Murphy signed legislation into law, thanks to which consumers can place bets on any eSports events provided a majority of participants are over 18.

The government of Denmark plans to introduce a mandatory ID card system for land-based betting. If passed, consumers would be required to present the ID when placing bets at any brick-and-mortar facility from July 2022.

…the state of Thüringia put forward a legislation to grant an exclusive monopoly on online table games in the state for the period of 10 years. This proposal was sent to European Commission for approval.

France’s regulator ANJ clarified to online betting operators licensed in the country that refusing to accept bets or limiting the amount that a customer can bet is prohibited by consumer law. As explained, the regulations do not apply if the player is found to be gambling excessively or has self-excluded.

Meanwhile, in Sweden, the Ministry of Finance recommended that all offshore operators should be blocked by ISP in the country. Under the current regulations, only companies that are actively targeting the market are blocked.

Regulations from the Rest of America

Let’s start with Brazil, where the lawmakers for the Federal District submitted a bill to the Legislative Chamber aiming to establish lottery outlets in the territory. If approved, public-private partnerships (PPP) would be permitted to offer lottery games as well as sports betting.

The National Lottery of Mexico published the draft of the tender for the contraction of services for its instant and sports wagering games. As for Paraguay, the Chamber of Deputies banned slots outside of government-approved gambling locations.

Economy Minister of Peru Pedro Francke pointed out that that online gambling and online lottery operators should be subject to VAT. As for Puerto Rico, the State Department received a proposal for sports betting and fantasy sports regulation.

@ camnikky Yes, we'll make sure to include South Africa when some new regulations are announced on H2, which we use to create this article. Thanks for your feedback. Just like @Bubbles12 noticed, it is kinda challenging to keep track of all the changes, which is why we came up with the idea to summarize them in one monthly...

@ camnikky Yes, we'll make sure to include South Africa when some new regulations are announced on H2, which we use to create this article. Thanks for your feedback. Just like @Bubbles12 noticed, it is kinda challenging to keep track of all the changes, which is why we came up with the idea to summarize them in one monthly article. The decision-making process is mostly impacted by current laws and regulations in a specific country. Some of them are willing to accept online gambling, the others won't even take such option into consideration.

I fully agree Bubbles12, I am all up for upgrades / updates. You barely get use to the current terms before something gets changed. I wonder what's behind it all. Maybe they the decision making process largely depends on the amount of wins per set period.

Is it just me or is anyone else finding it hard to keep track of all the changes and updates? Seems that new rules and updates are too often :/

Any possibility that you can add a section for South Africa as well please. Would be so much more convenient to check up on laws in same app I spend most of my time in

Quite a busy November, especially for the United States!