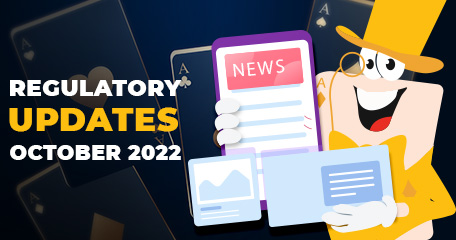 Europe continues to lead the way in the player protection sector, as multiple countries came up with new regulations and measures to enhance responsibility. Italy reduced the minimum stake, while Malta presented 5 markers regarding gambling-related harm each licensee should pay attention to.

As for other parts of the world, Brazil and Argentina are both in process of regulating online sports betting. Meanwhile in Asia, the Senator of the Philippines presented the Anti-Online Gambling Act, aiming to prohibit all forms of online gambling in the country.

Overview of Updates from South America

Let’s start with Brazil, where President Jair Bolsonaro announced he was in the process of finalizing the decree (Bill 846/2018) that aims to regulate online sports betting. While the president did confirm he was in favor of regulating this particular activity, he reaffirmed his intention to veto the gambling bill (Bill 442/9) which would permit casinos, bingo halls, “the animal game” and online gambling.

Instead of Ministry of Economy…

… the body in charge of regulating the sector will be the Ministry of Justice. This significant change could additionally postpone the start of the regulatory process until 2023.

Also, Governor Izolda Cela put forward a bill to the Legislative Assembly that would allow for an expansion of gambling in the state via the private sector. Provided that the current regulations are updated, the state lottery Lotece would expand its offering via concession and licensing agreements to private companies.

… the government of Mendoza published a resolution in the Official Gazette to regulate sports betting and online casinos. As for Chile, the Sports Commission in the Chamber of Deputies gave its approval for a bill to prohibit any type of sports betting advertising during sporting events.

Highlights from the United States and North America

As far as the Gaming Commission of Massachusetts announced, the state’s retail sports betting market would launch on January 29, 2023. The timeline for the launch is subject to change based on applications, but the idea is to get the market started in early March.

…unlicensed operators are required to exit the market before October 31, 2022, otherwise, they risk facing regulatory action and the future license application revoked. Also, OLG awarded IGT a five-year contract to set up 1,400 self-serve lottery terminals at retailers across the province

In Saskatchewan, SIGA announced that the PlayNow online betting and gaming platform would start running on November 3, 2022.

Were There Any Significant Regulatory Updates Europe-Wide?

Spelinspektionen, the gambling authority of Sweden, announced it would launch the B2B licensing process on March 1, 2023, so that the new licensing regime could be implemented starting July 1, 2023.

Meanwhile, MGA, the relevant gambling authority of Malta came up with new guidelines for its licensees, with the player protection segment as the main focus. The new guidelines would center on the introduction of five markers of gambling-related harm each approved operator would need to take into consideration.

Italy went live with a new set of regulations…

… related to sports betting. Some of the most significant changes include the reduction in the minimum stake from €2 to €1 and an increase in maximum winnings from €10k to €50k. These updates encompass sports betting and non-sports event betting, while horserace betting is excepted.

As for Albania, Prime Minister Edi Rama instructed the Government to develop the necessary regulations to permit sports wagering in the country starting January 1, 2023. At the time being, no precise information on the requirements was announced, but it was noted that both local and international operators are eligible to apply for licenses. Also, it was suggested that maximum bet levels would be imposed.

Senator of the Philippines Joel Villanueva presented the Anti-Online Gambling Act which aims to ban all forms of online gambling in the country. Also, the Bill aims to set penalties of imprisonment and fines for those caught gambling illegally.

According to the National Police and Consumer Affairs Agencies of Japan using foreign online gambling platforms was a punishable crime. Japanese citizens were warned that such activities may result in fines and imprisonment.

Good to see new markets are opening, it's always a better option for players to have an open and regulated market.

Depends on the regulations. Germany regulated the market last year now I can: * Only deposit up to 1000€ a month. After reaching that limit no online casino, betting or not even play lottery *There is a 1€ maximum a spin rule * a 5.3 %tax collected with each spin

Nothing much has happened in October. Thanks for the report, it’s always great to have all key updates in one place!