Overview of Gambling Regulations Worldwide – Report for May 2022 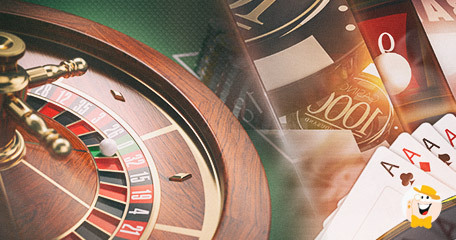 Continuing to expand its iGaming sector, the gigantic market of the US welcomed online sports betting in multiple states, with some of them being only a step away from officially running it. Meanwhile, in Europe, Belgium is working on new measures for more responsible advertising. Also, the Betting, Gaming, Lotteries and Amusements Bill which aims to overhaul Ireland’s gambling regulatory framework was signed into law.

The first part of our monthly retrospective is dedicated to all the changes which took place in multiple states in the United States, the most dynamic market. After that, players will get a brief retrospective of the most recent updates from Europe, while the final part will address a couple of new regulations from the rest of the world.

Stay tuned for the complete overview of regulatory updates all over the globe!

South Carolina seems to be closer to joining the states which have already welcomed sports betting, as the legislation which allows this activity was presented to the house. If passed, the bill, HB5277 would allow between 8 to 12 licenses, as well as a tax rate of 10% of the adjusted gross win.

As for Arkansas, the Southland Casino launched its mobile app, marking the completion of the full roll-out of its Betly online sports betting platform.

Another state which is soon to open its door to sports betting...

…is Kansas, as Governor Laura Kelley signed legislation to authorize and regulate this activity into law. As far as defined, 4 casinos would be allowed to operate retail sportsbooks as well as online sports betting via three skins each plus an additional skin to partner with a professional sports team in the state.

In addition to this, casinos will also be eligible to join forces with 50 land-based venues to offer sports betting kiosks. If everything goes as planned, the Racing and Gaming Commission will launch the market in autumn 2022.

…leaders of the commercial operator’s sports betting ballot initiative announced it had gained enough signatures to be included on the 2022 ballot. Provided that the signatures are verified, they will be added to this year’s ballot. On May 7, 2022, New Jersey welcomed fixed-odds betting on horseraces. Initially, they would only be available at self-service betting terminals but would later be expanded to online platforms.

Finally, Missouri failed to pass the legislation to authorize retail and online sports betting by the end of this legislative session.

Recap of Updates from Europe

Let’s start with Switzerland, where the Gaming Board announced it would grant two new Class A casino licenses in the regions of Lausanne and Winterthur.

…the Government finalized legislation that would require B2B gambling suppliers to apply for licenses to operate in the market. As a small reminder, the legislation was announced in January.

A special focus is put on the new standard for gambling advertising which would now come under “adjusted moderation” rules. According to the new classification, the advertisement of games should be adapted to match the specific addiction risks of different products. However, the proposal to ban advertising between 6 am and 9 pm was not included in the modifications.

Meanwhile in Belgium, legislators proposed an amendment to the country’s gambling regulations. As suggested, players would be required to register separate accounts to be able to play online casino games or online betting with the same operator.

…the Gaming Commission suggestions related to restrictions on gambling advertising and marketing. were included in the Royal Decree. According to the Bill, all gambling advertising on TV, radio, social media, and newspapers as well as in public places would be banned. Operators will also no longer be allowed to advertise by sending personalized emails or text messages. Also, sports sponsorship would be restricted.

The Rest of the World

For the final part of our report, we shall start with Ontario. On May 18, 2022, DraftKings received licenses to launch its online sports betting and iGaming platforms in this Canadian province.

In Brazil, the state of Paraná greenlighted lotteries and sports betting. Regarding the regulations, the state regulatory body Lotepar would be in charge of the sector, while the State Lottery of Paraná may either run the sports betting and lotteries itself or delegate the running of games to another party.

…the draft of the presidential decree to regulate the country’s sports betting market was submitted to President Jair Bolsonaro to be signed into law.

As per the Bill, there’s no limit on the number of operators in the market. The Ministry of Economy would be put in charge of granting licenses and inspections. Authorization fees amount to R$22.2mm, while the validation period for licenses is 5 years. No information regarding tax rates were given so far.

Peru is also steps closer to welcoming online sports wagering, as the legislation which authorizes and regulates this activity was unanimously approved by Congress. The suggested tax rate is 20% of the gross win.

“a brief retrospective of the most recent updates”

Great article, thanks. I got an update from Germany:. Nearly one year after the new online gambling laws started, l,german Gov finally issued a license. The company that paid for it is called Mernov and is just another branch of the Gausselmann Group who own everything gambling related in Germany. . Here is the funny...

Great article, thanks. I got an update from Germany:. Nearly one year after the new online gambling laws started, l,german Gov finally issued a license. The company that paid for it is called Mernov and is just another branch of the Gausselmann Group who own everything gambling related in Germany. . Here is the funny bit. Before online gambling became legal in Germany , the company know called Mernov operated from the Isle of Man selling fake germam licences. It only came to light because the Name"Gausselmann" was on the Paradise papers. After being very very quiet and not seen for the last 2 years they are back now and somehow fulfill all that is required by the german government to get the license.. .......

Great article, in one place we can find a lot of information and see how markets around the world are changing.

Thanks for this overview, really simplifies and sums up the global situation with online gambling regulations and makes the players aware.

I’m sure players from Ontario will be thrilled with DraftKings’ offer. Thanks for another monthly recap!