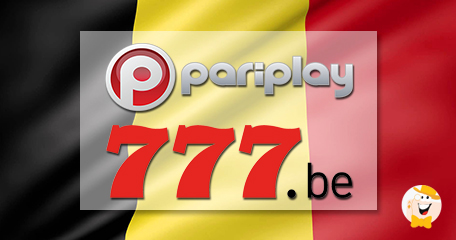 Leading games developer, Pariplay, has just made headlines having recently entered into the BELGIAN market. It makes the move with Casino de Spa’s online casino 777.be. This is the most significant move from the brand since it teamed up with iSoftBet this past August. The two made arrangements to distribute one another’s content.

Pariplay will integrate its entire content portfolio to the 777.be platform, which currently serves as an existing iSoftBet partner. The platform will gain a variety of games, including titles such as The Three Stooges, Fish & Chips, Fur Ball, Las Cucas Locas, Atari Black Widow, The Magical Forest, and a number of others.

Pariplay’s current platform is not the only content that will be added to the 777.be platform. In fact, the gaming developer will gain any newly released titles, and there are plans for new releases during this first quarter of 2017.

Adrian Bailey, general manager for the gaming developer, commented, “We are excited to be working with 777.be for Pariplay’s first launch in the regulated Belgian market.”

Bailey continued, “With access to our state-of-the-art games, 777.be casino will be in a great position to capture more of the Belgian market while establishing Pariplay products as exciting, trusted options among Belgian players.”

The leading provider is known for its production of state-of-the-art products, which exude innovation and modernity. Its partners can look forward to an easy integration process, as well as hundreds of products, which have been developed for use across MOBILE, desktop, and social channels.