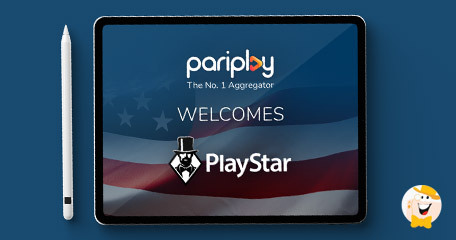 After bolstering its offering in April with CT Interactive, LEAP and Spinberry, Pariplay Ltd, returns with a major announcement about rolling out its leading iGaming content with a new online casino in the U.S. to support its recent launch in New Jersey.

This partnership between Aspire Global, its in-house development studio, Wizard Games, and a new gaming platform, will provide customers with access to popular hits in the style of Dragons of the North, Rumble Rhino Megaways and Wildwood Buffalo, including many more to come.

As the casino makes final preps to launch in the coming weeks, choosing an award-winning content platform such as Pariplay is one of its major goals since it supports the company’s policy to offer an unrivalled player experience.

According to the operator, Aspire Global, along with its software studios, is among the first picks in the U.S. that offer personalization, player engagement, engaging content and superior customer service, which represent the pillars of foundation for starting a business in iGaming.

In previous years, Pariplay has targeted North America as a major growth area for development. The company has struck a series of key commercial deals in the country, including a recent entrance into Michigan.

On a side note, as one of the leading aggregation platforms with thousands of titles from the industry’s top-performing game developers, FUSION will also help the up-and-coming operator to utilize its benefits such as the back-office conversion and retention tools that contribute to the player value.

“We continue to look to add innovative and exciting partners to achieve our North American business goals and we’re very pleased to partner with PlayStar,” revealed further Andrew Maclean, vice president of sales at Pariplay.

Commenting on the partnership, Adam Noble, chief business development officer at the said casino looks forward to partnering with Wizard Games and getting access to its Fusion platform as it gives players an immediate access to a huge portfolio of engaging and varied content.

Although the upcoming casino is already thinking about forging new partnerships with other industry’s leading platforms, Noble is delighted that Pariplay is among the first providers that will be available on the market from the very beginning.

A New Deal with Mascot Gaming

A couple of days ago, Pariplay has augmented its Fusion platform even further by concluding a deal with Mascot Gaming.

Thanks to the company’s diverse portfolio of slots and table games with huge entertainment value, players in New Jersey will soon be able to see some of its best performing titles, like Mayan Riches Rockway, Across the Universe, and The Candy Crush.

Currently the Fusion platform consists of over 12,000 games from 70+ suppliers, but that number is on the rise every month, so stay tuned for new deals.

“a series of key commercial deals in the country”

It's good to see an excellent company extending its presence in the US.

Glad to hear they’re expanding in the US, I like their games. This is a major signal for other investors btw...