Peter & Sons Signs Partnership with Yggdrasil for its GEM Offering 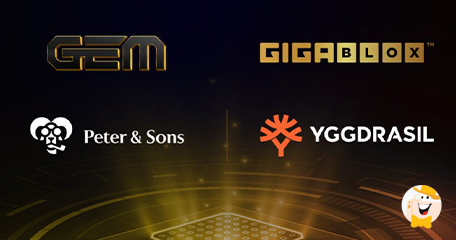 Peter & Sons, the renowned games studio, has signed a partnership agreement with Yggdrasil. Per the partnership, the studio will be able to leverage the developer’s popular Gigablox™ mechanic, a part of Yggdrasil’s Game Engagement Mechanics (GEM) offering.

Using its GEM offering, Peter & Sons will be able to greatly improve its game development process and produce more immersive and entertaining titles. The first title developed using the mechanics is expected to be released by the end of 2021. The games studio is already part of Yggdrasil’s YG Masters program.

Lucky Neko and Hades are a couple of titles that use the Gigablox™ mechanic. This mechanic enables the spawning of gigantic blocks up to 6x6 stacked. Mechanics such as MultiMAX™ and Splitz™ are also some of the mechanics from the offering, that will see Peter & Sons’ development process enhanced.

Excited for this Venture

Representatives from Yggdrasil, which recently launched Viking Runes, say they are excited about providing GEM to more studios and that they are looking forward to seeing its partner utilizing these mechanics.

Stuart McCarthy, Head of Partner Programs at Yggdrasil, said: “We are thrilled with the interest in our GEM offering and it is a testament to the popularity of our mechanics with players around the globe.

“By incorporating Gigablox™ into their upcoming titles, Peter & Sons will be able to take their games to the next level and we look forward to seeing the results.”

“We are always looking for new ways to engage and surprise players and building on Yggdrasil’s proven slot mechanics sets a solid foundation for us to create thrilling new content. Access to Yggdrasil’s GEM offering adds significant business value for us as a YG Masters partner.”

Peter & Sons is a team of passionate professionals that work on developing slot titles. It strives towards creating superior and unique gaming experiences for players all over the globe. The studio is one of the growing studios in the iGaming industry, and it is already breaking ground in terms of visuals, gameplay and mechanics. P&S is partnered with some of the leading platform providers in the industry and is able to distribute its titles worldwide.

When these guys are together, something really ingenious will happen, I can't wait to see.

Peter & Sons have pretty good games, this is a good opportunity for them. Can't wait to see their upcoming releases.