Pin Up Casino Placed on Probation After 3 Comprehensive Tests 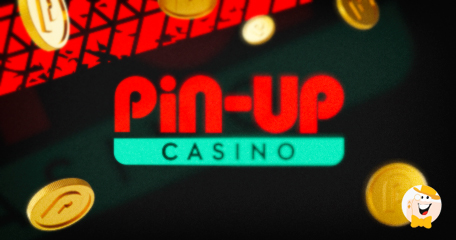 Warning Badge Removed- What Happens Next?

In a highly competitive industry, such as the iGaming sector, a player can encounter all sorts of online casinos, from trustworthy ones, known for their professional services to those which mistreat their customers. For that reason, the LCB team came up with an excellent way to separate the wheat from the chaff, by placing such disrespectful companies where they belong- on the warning list or among blacklisted casinos.

On the other hand, those “bad guys” often show the willingness to change, so we give them a new chance to show that, provided that members had filled no complaints against them for some time. We place them on a so-called probation period to see if their intentions are serious.

That’s precisely what we did with Pin Up Casino. Aside from being caught serving fake games, the operator was also widely known for slow payments and not-so-great customer support. After the removal of pirated releases, and drastic improvement spotted over three investigations conducted by three different testers, the operator was removed from the warning list and given a new chance.

How Did Pin Up Casino End Up in the Rogue Pit?

Upon spotting some irregularities with software offered by this Curacao-licensed operator, our team conducted an investigation in 2016.

It turned out our intuition was right, as we discovered pirated games at Pin Up Casino’s lobby. The releases in question were forged content by multiple renowned content providers- NetEnt, Novomatic, Aristocrat, and Playtech.

After a while, things seemed to have gone in the positive direction, as counterfeit releases were removed. To address those changes, we updated the original article in 2018, however, the operator still remained on the warning list due to other weaknesses- issues with payments and customer support.

In 2021 we launched a new project dubbed “From the Players for the Players” aiming to give first-hand insights into different casinos’ practices, with a particular accent on deposits and withdrawals.

Interestingly, Pin Up Casino was the first operator we investigated in February 2021, and the outcome was shocking. Though no questionable games were spotted, our first tester encountered other issues-delayed payment and poor customer support. Those were precisely the problems due to which the operator remained on the warning list.

More than a year later…

…another test was conducted, this time with notably faster KYC and same-day withdrawal. The third and final test conducted went with no obstacles at all. If you want a detailed comparison of registration, ID verification, deposit, gameplay, and verification, take time to read our comprehensive report on 3 tests .

Is the Operator Indeed Turning Over a New Leaf?

Based on the outcomes of three tests conducted within a bit less than a year and a half, we can say that significant improvement was spotted. While the first test was quite troublesome for our tester of the day tasked to break the ice with Pin Up testing, the other two testers encountered no such issues.

To show that we appreciate the efforts operators make to rebuild their reputation, we place them on probation, just like we did with this casino. The fact that no complaints were filed in the meantime is a positive signal, so let’s wait and see what happens after a while.

If you want to keep track of the situation, visit this probation thread and post your thoughts and comments. Also, let us know if you’ve had any experience with this brand, positive or negative, because we value each player’s opinion.

“members had filled no complaints against them for some time”

Pin Up Casino is a totally new brand today then it was 2-3 years ago. They have had little to no complaints this past year and deserve to be back in the swing of things in my opinion.

I think they deserve another chance. The improvement is spotted, that’s for sure, but players should still be cautious.