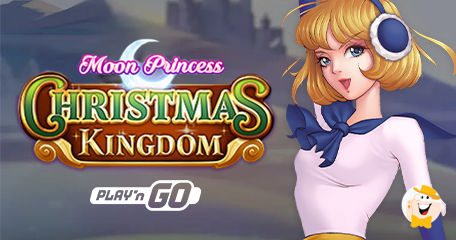 Let’s Hear It for the Powerful Girls!

Organized as a 5x5 layout, this beautifully illustrated game is home to a great selection of features represented by the princesses themselves. Added Wilds and transforming symbols are just some of the many surprises seen in this exciting winter adventure.

Rumors have it that a mystical fox with magical powers lives in the snow-clad kingdom. Wanting to boost their already impressive powers, the princess trio embarks on an unpredictable mission in quest of the mysterious animal. Following the footprints in the snow, the courageous trio begins the journey into the unknown, ready to face all the dangers.

Inspired by Japanese anime and manga art, this story brings a host of excellent illustrations painted in beautiful colors. It’s interesting to stress out that the original legend depicts a single princess only. Known as Kaguya-hime, this tiny woman who lives on the moon decides to visit Earth, where she gets adopted by the bamboo cutter and his wife.

“The original Moon Princess was such a great title but there were many more stories about the princesses waiting to be told. This game continues those stories and packs a real punch too.”

Just like in the prequel, this adventure is crowded with features. One of the most prominent ones is Girl Power, activated randomly on initial spins when no winning combos appear in the grid.

…and converts all matching icons into a different symbol type. Star has the power to add one, or even two Wilds, while Storm removes two types of symbols from the grid. All the princess symbols are triggered randomly on non-winning rounds.

Pay attention to the mistletoe, as it increases the win multiplier by 1x. During bonus spins, the number of mistletoes is doubled. Also, removing all the icons from the screen (except in the Trinity feature), awards 50x the total bet.

Presented in October 2018, Moon Princess instantly captured the attention with its attractive central characters and mighty collection of features. Also structured as a 5x5 grid, this game grants winning combos when 3 or more matching symbols appear horizontally or vertically on the grid.

Princess Love, Star, or Storm randomly land on the reels and use their celestial superpower to alter the game grid and open room for plenty of rewarding opportunities. Love transforms symbols, Star adds wilds whereas Storm removes the symbols, all of which contributes to higher winning potential.

Have you already checked out the Moon Princess Christmas Kingdom slot? If so, don’t hesitate to share your impressions with us in the comments section below!

“The princesses return with a brand-new Christmas adventure”, playngo.com, December 2, 2021.

“a great selection of features”

So charming! Always been a huge fan of the franchise and was absolutely delighted to see this title get a Christmas revamp. Definitely some new features that I actually like although wasn't sure about at first. For those who have already tried it out, I'll say this - "What? The Fox!" Lol and those who haven't yet, consider...

So charming! Always been a huge fan of the franchise and was absolutely delighted to see this title get a Christmas revamp. Definitely some new features that I actually like although wasn't sure about at first. For those who have already tried it out, I'll say this - "What? The Fox!" Lol and those who haven't yet, consider that something to look forward to!

I love the previous one, The Moon Princess! It bought me at first with the theme and design of symbols, and the rest was just the cherry on top! So I will definitely try my luck with this release too!

It's packed with great features, I'm eager to try it out. :)