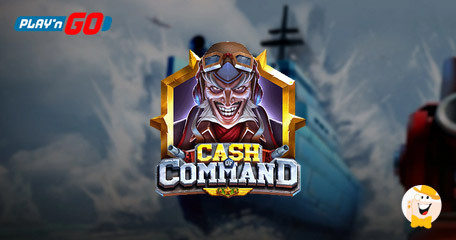 Continuing to fill its portfolio with all sorts of enticing games, Play’n GO is more than happy to announce another exciting online slot adventure. Inviting players to join the fleet full of naval heroes, the studio gives them the opportunity to win up to 5,336x the bet.

Each of the authentic characters, namely Captain Verto, Commander Wilder, Admiral Magna, and even the villainous Baron Fusco, is tasked to help consumers get the most of the game. They do so by either filling the grid with additional Wild icons or converting them into the same ones, for higher winning opportunities.

Aside from adding new content on a regular basis, the provider has recently entered the USA for the first time. By securing a Provisional Internet Gaming Supplier (B2B) license in Michigan, the leading producer has set foot in one of the largest global markets, giving locals a chance to explore its finest releases among which Rich Wilde and the Book of Dead, Legacy of Dead, Rise of Olympus, Reactoonz, and many more.

How difficult is it to outsmart the foes and claim victory when in enemy waters? Inviting players to try their luck and lead the fleet into the battle, Play’n GO has once again pushed the limits and delivered quite an exciting story.

Organized as a cascading online slot…

…the game is full of action and sudden twists, securing an unpredictable and enticing playing session. As hinted earlier, each of the heroes comes with some sort of special power, delivering either Mega symbols up to 4x4 in size, adding more Wilds, or transforming icons into the ones that bear the same values.

While Baron Fusco does destroy the ships, it doesn’t mean that a player gets defeated. Hoping to avenge the fallen allies, the remaining ship or submarine becomes a Super version of itself, which means more opportunities for massive wins.

Head of Games at Play’n GO, Charlotte Miliziano commented on the launch as follows:

“Everything from the way the features play out on the grid to the visuals in the game, Cash of Command is a shining example of why Play’n GO games stand out in the industry. Our commitment to entertainment is in every ounce of what we create and that’s evident more than ever in this in this creative grid slot.”

If you want to feel the atmosphere of this action-filled slot adventure, take time to watch the video. Don’t forget to share your impressions with us in the comments section below!

How About a Couple of More Sea Adventures?

If you belong to fans of slot games taking place on the seas, have no worries, the studio has got you covered. Unveiled back in September 2015, Eye of Kraken is about defeating the menacing beast in order to lay hands on the valuable treasure.

Speaking of beasts and treasure…

…If you are skillful enough to avoid tenacious tentacles, you will be presented with the untold Octopus Treasure. Complementing the atmosphere are the masterfully designed details in the background, enriched with a mystical glow as a final touch.

Furthermore, there are Jolly Roger and Jolly Roger 2, swashbuckling adventures with pirate legend Red Roger as the main star of the story. The sequel, as expected, brings an enlarged spectrum of features and bonuses, along with Treasure Hunt Map.

I'm excited to put it to the test. Play'n GO has made another good attempt.

Although sometimes it seems as if the studio is hyper-producing, it still manages to make engaging and attractive games with authentic gameplay and cool features.