Play'n GO Reveals the Story of Genius Behind Reactoonz 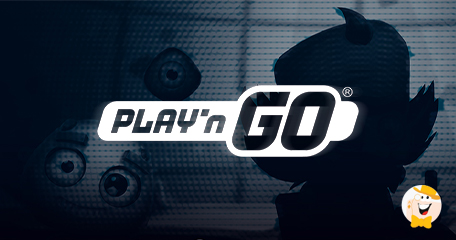 Guess what Play’n GO is up to this month? Revealing the intriguing story about a genius behind one of its most successful releases to date, Reactoonz.

That’s right, the industry’s busiest slots provider is finally ready to expose who Dr Richard Toonz is – a highly respected member of the scientific community, also known as Dr Toonz.

Not only did he lead the way in the field of alternative energy, his expertise also contributed to the “the ultimate energy source”, a form of constant force that could build, develop and transform almost like a living thing, says the studio.

From Quantum Wilds to Quantumeter

The story about a genius behind the Reactoonz is going live on September 9th, representing the studio’s latest attempt to improve its highly popular series.

Armed with a 22,000x potential, Dr Toonz is paving the way to a whole new level with the Dynamic Payways system, stretching up to 262,144 ways to win, in the bonus round, that is.

The regular play is all about filling the modifier called Quantumeter which can extend cascading sequences. There are also x2 reel multipliers on each extra spin, capable of doubling the number of payways on each involved reel. Aside from its elegant grid slot elements, this installment comes without the cluster pays engine.

Other important technical facts about the game from Play’n GO reveal that its variance ratio is high, while the RTP seeds at 94.25%. The bet range is quite expansive, allowing users to pick a value between $0.20 to $100 per spin.

Looking out for the Quantum Wild will help players replace all regular pay symbols, but also trigger the highest value combinations in the game. To clarify, the 6-oak wilds award 2x the stake.

The cascading reels mechanics, on the other hand, make sure that all winning symbols are removed from the grid, repeating the process as long as the player keeps scoring. Thanks to this unique functionality, it is easy to charge the Quantumeter, which, by the way, starts with zero. Each winning cascade adds a value to the meter, but one must gather at least 3 charges to produce a modifier.

These attractive highlights can either provide 2 to 6 Quantum Wilds that appear randomly on the grid, Metamorphosis, where 5 to 8 symbols appear in a random type and Disintegration, a feature that removes all low-value alien symbols and adds 2 wilds to the grid.

If you want to compare these features with Reactoonz 2, feel free to follow the link to our slot review page.

The Power of Double Helix

To enter the game’s biggest feature, players need at least 3 Double Helix scatters on the board. By doing so, they will earn 10, 15, 20 or 25 honorary spins, allowing The Quantumeter to start charging by 1 or 2 per spin.

The round comes with a x2 multiplier symbol above random reels per spin. Stay tuned for the official launch.

“The story about a genius behind the Reactoonz”

Haha what a nice twist to the story, can’t wait to see what it has to offer and how it performs in terms of payouts!