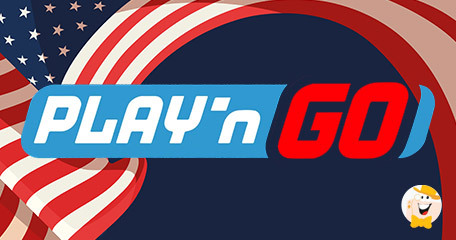 One of the world’s leading gaming entertainment studios to date, Play’n GO, has secured a Provisional Internet Gaming Supplier (B2B) license to enter Michigan, marking a debut entry into the US market for the first time in its history.

The company’s entrance into the US online casino market was made public by CEO Johan Törnqvist, who heralded the move as a ‘landmark moment’ for the studio.

Michigan is Only the First Step

After spending years at the top of the iGaming industry as the leading provider of software and entertainment to regulated markets throughout the world, Play’n GO is finally launching its unrivaled collection of slots in a new and recently regulated jurisdiction in the United States of America.

As the report reads, Play’n GO has obtained its first license in the USA for Michigan, meaning that the players in this state may well be the first residents in the country to enjoy blockbusters and classics from the studio, such as Rich Wilde and the Book of Dead, Reactoonz, Rise of Olympus, Legacy of Dead and so on.

According to Play’n GO, Michigan is just the first step and the developer is now commited to becoming the casino content partner of choice in the country. The studio’s captivating titles wil certainly raise the bar for the American players and the powerhouse software developer is also targeting other regulated US states in the upcoming months.

“This is a landmark moment in the history of Play’n GO,” commented the company’s CEO Johan Törnqvist.

Although it started with simple designs of early casino games with accent on mobile format, much before the smartphones we have today even existed, Play’n GO is now entering America as the leading supplier to more than 25 regulated markets around the globe. The team is certain of success and strongly believes that its unique position in the US will help it succeed in a short period of time.

Törnqvist also added that the company’s future goal will be to make Play’n GO games as beloved in the US as they are in every other regulated market around the world. Although this endeavor may take time in the US, the team will be absolutely committed to expanding its footprint across the country, concluded the CEO.

Founded by a group of techies in the mid 90s, Play’n GO has come a long way to becoming a leader in regulated markets of today. The studio is primarily known for focusing on the player and creating games that entertain before anything else.

It is not a secret that some titles will give the provider quite an edge in the US, but, as Törnqvist explained, the team will take nothing for granted and looks forward to listening, learning and adapting to provide the very best casino entertainment in the States.

Rich Wilde Finally Comes to the US

Play’n GO and its enviable portfolio of the world’s favorite online slots, such as the Rich Wilde and the Book of Dead franchise is expected to make a huge impact on the US iGaming landscape.

Players across Michigan and the rest of the United States will be able to try out the crowd-pleasing franchises and an unparalleled range of licensed content for the first time, including other branded and music releases like Def Leppard Hysteria, KISS Reels of Rock and *NSYNC Pop.

In this year alone, Play’n GO has already released 27 premium titles. Among the biggest hits is currently Gigantoonz, the long-awaited sequel in the global smash-hit series Reactoonz, as well as Wild Trigger and Raging Rex 2.

“Play’n GO is now entering America as the leading supplier”

That is a significant step forward for this supplier. I agree with Cindarella, one of the best on the gambling market!

A significant step for the company, this is good news for players who love Play'n go slots, I'm sure they will enjoy it. We'll see after Michigan which license is next, I'm sure there will be many more.

It's great knowing that Play'n Go has been extending its presence in the USA. Great work!

Wow Playn Go in the States, players won’t believe what difference and level up it is going to be compared to what’s already available......