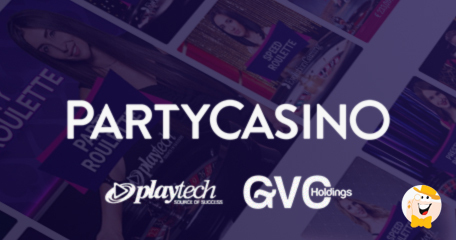 Playtech Live will be hosted 24/7 by native Spanish-speaking dealers, delivering a varied, engaging experience through the entire division.

In the meantime, Spanish gambling regulator Dirección General de Ordenación del Juego (DGOJ) has reported a 22.5% surge in gross gaming revenue from online gambling, reaching €812 million. This increase marks the fourth consecutive year of annual growth in the country, while Ficom Leisure, a gaming advisory and investments agency predicts further growth up to €1 billion by 2023.

Chief operating officer at Playtech, Shimon Akad, said that Spain represents a unique combination of established success and long-term growth in the iGaming world, capable of reaching an even bigger GGR of €1.5 billion in the next couple of years.

“Central to our partnership model with licensees is our commitment to deliver innovative and engaging products with industry leading and reliable technology. I am pleased to see our operators trust us to always be there for them,” stated Akad.

He further adds: “With Spain a highly attractive market presenting many ongoing opportunities, we are delighted to be able to support our partners on delivering growth and leading on innovation across the region. GVC is a key international partner for us, so the expansion of what is already a ground-breaking live offering is a fantastic sign of things to come.”

GVC’s gaming product director, Colin Cole-Johnson, has also expressed the brand’s general opinion, saying that the deployment of a varied, engaging experience for players is the company’s central mission across all markets. Providing live offerings in a rapidly growing iGaming territory such as Spain represents a major breakthrough for GVC and Playtech’s technology will distinguish all major hubs from the competition thanks to its stunning performance, supported with highly trained native-speaking dealers.

Playtech launched its casino offerings across GVC’s brands in late June 2019 in several markets, including the UK, Italy, Spain and Georgia. On March 1st, Righlander became the latest partner of the group, enhancing the entire platform with its automated compliance detection of non-compliant digital content in major gambling markets Sweden, Denmark, Australia, US and the UK.

The Spanish market is rapidly becoming the center of interest in iGaming, providing many operators and suppliers a chance to launch their products... no doubt Playtech will position their new roulette games at the very top of the industry with native dealers.