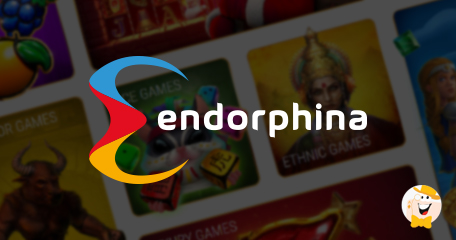 One of the most productive multi-licensed providers, Endorphina, has conquered another jurisdiction, significantly deepening its global footprint. The studio has received a license from Portuguese iGaming regulators to showcase its premium-quality online casino adventures to the local audience.

Gathering a team of 100+ enthusiasts, the studio has so far been acknowledged with multiple industry awards. At the time being, its portfolio bolsters more than 100 games filled with versatile features, and thoroughly tested by GLI.

Having passed the rigorous tests and completed the necessary procedures, Endorphina was granted approval to distribute its games across Portugal. This certificate confirms that the provider runs business in accordance with the highest standards, delivering compliant and engaging products.

Following the completion of the licensing process…

…players and operators alike gain access to some of the most enticing titles coming from this creative workshop. Some of the games greenlighted for the Portuguese market include Rooster Fury, 2022 Hit Slot, Satoshi's Secret, The Rise of AI, Chance Machine 20, Magnum Opus, Water Tiger, and many more.

Jan Urbanec, CEO of Endorphina commented on the approval as follows:

"We've achieved our goal for 2022 which was to enter at least 12 new markets. We're proud to let the industry know that we are not stopping – and to announce that our games are now available to Portuguese players and operators alike."

Quite a Successful Year for the Studio

Although the year isn’t going to end soon, Endorphina can already mark it as more than a successful one, as they have already accomplished so much so far.

In January, the company’s games were made available to the Baltic region…

… giving players from Latvia, Lithuania, and Estonia a unique opportunity to explore Chance Machine 100, Hell Hot 100, Book of Santa, and many other titles. February brought them approval for Denmark and Standard ISO/IEC 27001:2013 certification which confirms that the company is highly committed to security.

A month later the studio conquered the Netherlands and Greece, while in April the provider entered Italy and Czech Republic. May was, without any doubt, the busiest month so far, with 3 licenses acquired- Switzerland, Bulgaria, and Colombia. Finally, during the current month, Endorphina also entered the iGaming market of Hungary.

…in July the studio celebrated a decade of presence in the industry, expressing gratitude to faithful consumers for their continuous support. Having acquired numerous certificates all over the globe, the produced has joined forces with more than 1,700 strategic partners.

Just in time to pay tribute to Valentine’s Day, the studio unveiled Wild Love, a 5x3 video slot with 10 fixed paylines and the juiciest set of symbols. Having celebrated love, Endorphina added King of Ghosts to its library, taking players to the mountains of faraway China.

March brought no less than 3 additions- Book of Lady, 2022 Hit Slot, and Lucky Cloverland, while April was marked with the launch of Cyber Wolf, and revamped version of its popular Ninja Slot. June and July brought Fisher King and Glory of Egypt respectively, each equipped with a powerful set of features.

The studio seems determined to gain global recognition, and they work hard to achieve that goal. I’m sure they will receive more licenses by the end of the year.