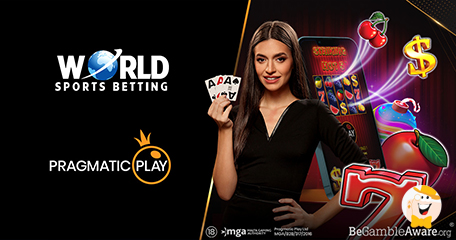 Pragmatic Play, one of the most innovative and fastest-growing casino software providers in the industry, made several major moves this year that contributed to the brand guaranteeing an even better position in the industry!

The company has added many popular brands to its list so far, but, apparently, the streak of success continues!

Pragmatic Play announced that it has decided to conquer another popular market by launching its portfolio on the platform of a new operator partner!

Namely, the supplier joined forces with the well-known World Sports Betting and brought a selection of world-leading online casino products to South Africa!

As part of the agreement, Pragmatic will supply its new partnership with as many as 3 of its popular verticals, which will bring an array of engaging and sought-after products!

On the World Sports Betting platform, punters will now be able to indulge in their favorite form of entertainment with incredible online slots, including the recently launched Striking Hot 5™ and Happy Hooves™ as well as several hits like Sweet Bonanza™.

Irina Cornides, Chief Operating Officer at Pragmatic Play, said: "South Africa and the wider African market provides an opportunity for additional growth that we are keen to continue exploring. We are thrilled to be partnering with World Sports Betting and to deliver multiple verticals to their player base simultaneously through this agreement. We are very excited to see the reception our content receives from players."

Warren Tannous, Chief Executive Officer at World Sports Betting, added: "World Sports Betting is excited to announce the partnership with Pragmatic Play. Its product is going to be a great addition to our existing offering, and we look forward to being able to roll this out shortly."

Just a few days ago, Pragmatic confirmed its presence in Brazil after this entertainment company joined forces with Aposta Brasil. The deal saw the launch of products from the three verticals including online slots, live casino games, as well as virtual sports products!

Collaborations and teamwork is what it's all about in this industry. Both parties should flourish and benefit off of each other immensely.