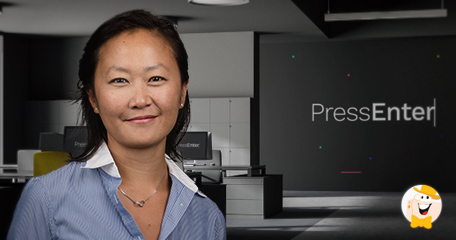 PressEnter Group, a forward-thinking affiliate group that powers some of the best online casinos is happy to announce the newest reinforcement to the team. Highly qualified, Terese Thagaard, was welcomed to the company as the new Chief Legal Officer.

Before joining PressEnter, Terese worked at LeoVegas as the Group Head of Regulatory Strategy and Implementation. In addition to this, she gathered valuable experience while working in multiple companies as a solicitor and legal counsel.

Knowledge and Expertise as Key Virtues

According to Lahcene Merzoug, CEO at PressEnter Group, the new team member will play an integral role in this next phase of the company’s growth. Thagaard’s new role sees her focusing on extending and further developing the multi-talented and effective legal team. She will be in charge of ensuring the operator has the best legal representation in-house.

“I am very excited to be joining PressEnter at such an exciting stage of its development and I am looking forward to building a team to help the business navigate the ever-changing legal and regulatory landscape in the worldwide iGaming industry.”

Huge Growth in the Current Year

This seems to be quite a fruitful year for the company, as Thagaard is not the only new member welcomed to the team.

In January, David Plumi, a former Betsson executive, joined the innovative operator as Regional Managing Director for Spain and LatAm to deepen the company’s footprint in this region.

Less than two weeks after that, the Group named Qurban Hussain as Chief Financial Officer. Throughout his wealthy career of 15 years, he’s worked in the most renowned companies such as Tipico, The ZEAL Group, Probability Plc, Betfair, and William Hill.

February brought Hampus Eriksson as Chief Product Officer to the team, and his rich experience from ComeOn! Group, NetEnt, Evoke Gaming, and other global leaders. Nicolas Renaux joined as Head of Strategy and Business Development in June 2022. A month later, Daniela Speranza was appointed as Director of Compliance.

In addition to this, the company has entered multiple strategic agreements thanks to which it conquered some new markets. One of its brands went live in Romania in June, while March brought PressEnter the chance to distribute top-quality games across Chile and Peru.

A Closer Look at PressEnter-Powered Brands

PressEnter’s journey began in 2018, and since then, the company launched multiple successful casinos loved by players all over the globe. The very first brands presented to players were 21.com, announced in 2018, and Just Spin, which followed the success of the flagship casino.

Drawing inspiration from the Gilded Age…

…Rapid Casino is an excellent choice for fans of Wild West. It accommodates great games from best-in-class studios such as NetEnt, Pragmatic Play, and Big Time Gaming, along with an interesting selection of promotions.

Launched in October 2020, Ultra Casino brought a super-charged experience, while a couple of months before that retro-themed Neon Vegas casino joined the ranks. Nitro Casino, which went live earlier in the same year treated players with speedy transactions and daily rewards.

PressEnter seems like a team with a great vision. Terese, on the other hand, is a person with lots of experience, so this decision is beneficial for both sides.