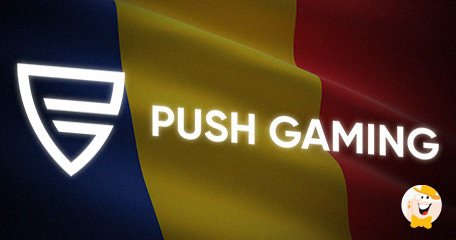 After strengthening its ties with MrQ last month, the supplier of online and mobile casinos games, Push Gaming, is back to announce the launch of its growing portfolio of player-first games in Romania.

The provider continues to grow in Europe and plans to bring its award-winning slots to the Romanian market in the following weeks after receiving full certification from Romania’s national regulator (ONJN).

Accreditation as Doorway to Multiple Deals in the Country

According to the supplier, the next respected accreditation will help Push Gaming grow in the Romanian iGaming market by partnering with multiple leading operators in the following period. As a result, the rising star of software development is getting ready to announce a series of multiple high-profile deals in Q1 2022, including new market entries in the coming months.

In the past few years or so, Push Gaming has established itself as one of Europe’s most exciting tier-one game providers. Its innovative iGaming content has also been awarded at the SiGMA Europe, where Jammin’ Jars 2 received Game of the Year accolade.

Led by Fiona Hickey, head of sales, the immensely popular studio from Great Britain and Malta has recently celebrated a record-breaking 18 months of commercial success. Hickey said that the company stays on the mission to keep players at the heart of its highly engaging and immersive portfolio, which added one more title on 7 December, called Fire Hopper.

“Whist already well-established in a relatively short space of time, the Romanian market has great potential to become even bigger and our innovative portfolio of games sets us up perfectly to make the most of the opportunity,” said the head of sales at Push Gaming.

She is excited about the company’s recent breakthrough in Romania, and reassures potential partners that the studio will continue to grow at a remarkable pace with new key hires, like Roderick Falzon, Nicola Longmuir as CCO, and Denisa Assefova, head of legal.

They are key figures for supporting the company’s accelerating expansion and shaping its fantastic progress in several new regions.

Push Gaming is live across the majority of Europe’s key regulated markets. The company’s software is present at Casumo, LeoVegas, Entain, The Rank Group, and so on. Its growth roadmap is set to see entry into more global jurisdictions over time, and some top-tier partners are already scheduled for 2022.

Earlier in October 2021, the B2B gaming supplier has even extended its partnership with an existing client – Hero Gaming.

The extended agreement gives the operator access to the supplier’s growing portfolio of slot titles via Push Gaming’s MGA and UKGC licensed platform. As a result, players throughout Europe have gained access to hit titles such as Jammin’ Jars 2, Booty Bay, and one of the latest releases, Fat Drac, currently among the best games available to customers on Hero’s popular online casinos.

“a record-breaking 18 months of commercial success”

One of the biggest stars of development in 2021 if you ask me. Truly impressive games for such a small studio and short period of time.