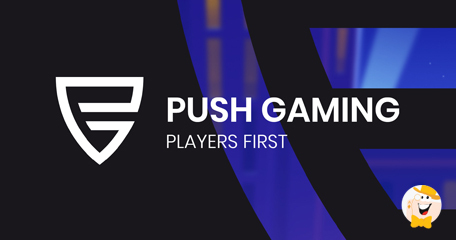 B2B supplier Push Gaming has bolstered its position in key regulated markets with powerful operator Coolbet. This deal will see the brand integrating its suite of games step by step.

According to the terms of the new deal, Coolbet will obtain access to the premium content by Push including the latest hits such as Nightfall and Big Bamboo, along with innovative releases such as Fat Banker and customer-favorite hits such as Jammin’ Jars series.

Coolbet is active in several markets including Sweden, Estonia, Ontario, and other fast-growing regions. Going forward, the B2B supplier will extend its foothold in Europe and North America focusing on a regular growth strategy.

The deal is achieved by an integration via Push Gaming’s RGS platform, which has already become a vital part of different deals since its GSI acquisition in 2020.

“It is a pleasure to partner with Coolbet, this deal comes at an exciting time as we continue to work on providing the industry with our most varied and high-quality releases to date.

“Equally, Coolbet currently operates in Ontario and has a presence in Latin America and this represents a great opportunity for both parties to focus on future growth in these burgeoning markets”

On the other hand, Patrik Backlund Head of Casino and Games at Coolbet says that providing players with the highest standard of appealing titles available on the market has always been a main goal of the brand. The company is proud of this newest deal with Push Gaming, which will support them in achieving this target. Push’s big portfolio of titles will engage and excite players so they look forward to seeing the level of reception for this game.

More Words on the Brand

Push Gaming is a premium provider of casino content, focused on delivering regular entertainment. The company has access to different operators around the globe including some of the most prominent ones. They are committed to working with premium partners while releasing engaging and appealing games. Its partners are among the most established brands such as LeoVegas, Bethard, Casumo, EveryMatrix, Kindred, Twin, 21.com, Royal Panda, BetVictor, and many more.

What an excellent agreement between two companies. Push Gaming is already recognized for its high-quality games and new players will enjoy them…