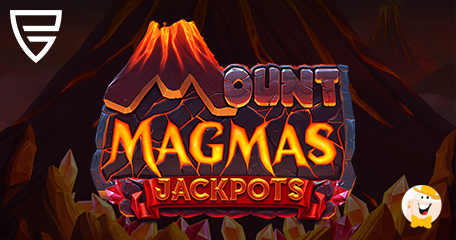 Based on the new extension, the game is now accessible to all clients across regulated markets, after passing through the trial launch via the LeoVegas brand.

Mount Magmas has recorded tremendous success in the market since an initial launch and the same is expected after going live via famous brands such as Rootz, Vera & John, and Intercasino.

Features of the Game

As soon as you embark on the Mount Magmas mission, you will be taken to the searing volcano world which can explode anytime. There are 20 paylines and a 5x4 grid along with a Daily and Mega Jackpot opportunity. The base game is full of winning potential which promises to heat the atmosphere.

When it comes to Daily Jackpot, it comes with a determined start and finish time and must appear by a set time every day. The Mega Jackpot can be taken any time but must land when reaching a certain amount.

The game provides operators with flexibility as well as an opportunity for scheduling jackpot amounts, and this may differ depending on the platform.

When you see Magma Rocks landing on the reels and being collected by a Jackpot Volcano, everything will intensify even more and excitement will additionally increase with the possibility of triggering the Bonus Feature. If the volcano blows, you enter the Volcano Bonus Feature, where you can see different prizes, either emerging on a Jackpot or an Instant Prize that provides bet multipliers up to 20,000x.

“Mount Magmas is another great production offering huge win potential and we’re delighted to be launching it globally after its time with our valued partner LeoVegas. This is also a significant milestone for Push Gaming, with the title being our first Jackpots game, combined with it offering must-drop and timed Jackpots. We’re looking forward to building on this in future releases.”

Push Gaming continues to progress in the casino sector. The brand was shortlisted for four awards at the EGR B2B Awards 2021. The company holds licenses from the MGA and UK Gambling Commission as one of the most regulated providers. It has also secured partnerships with brands such as Casumo, LeoVegas, Entain, The Rank Group, William Hill, and Norsk Tipping.

It seems like a pretty decent game, and I'm sure it's exciting to chase jackpots.

What a staggering release from Push Gaming…