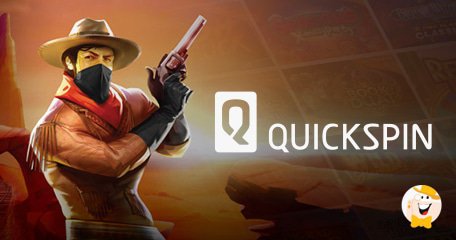 After a monumental year for Quickspin, a Stockholm-based studio and subsidiary of Playtech, it’s time to take a look back at its fantastic 22 releases that marked the year of 2021.

Among the most popular genres were sticky outlaws and a wicked canine cousin, or simply put, Sticky Bandits 3: Most Wanted and Big Bad Wolf Megaways!

Now established as modern classics, both games have achieved enormous success on the market in the passing year, and will continue to give hours and hours of fun to players in the upcoming period, according to Quickspin.

From Loco the Monkey to Spinions X-mas Party

When the studio announced Loco the Monkey on January 5, 2021 hardly anyone could believe that a junglelicious adventure with yummy pineapples, bananas, mangos, and blueberries feast for the eyes as well as the belly would become a bygone so easily, despite its win potential surpassing the mind-blowing figure of 6,829x bet.

It must be why the forthcoming Quickspin rolled out another visually spectacular 4x5 slot with 1024 ways where players battle a bunch of enraged reptiles on February 9th (Dinosaur Rage).

The roadmap continued already on March 9th with Crown of Valor, an intense castle siege during the Dark Ages with a maximum exposure of 20,000x bet.

That same month, players saw the second release in the same month on March 23rd, named Sinbad. Designed on a 5-reel pattern with 40 bet lines, it features Stacked Symbols plus three different Free Spins Bonuses where users can choose their own volatility levels.

Next on the menu in April was Midas Coins, a take on ancient Greece and the land of a king who turned to gold everything he touched.

Dynamite, guns, cacti, and whisky – the wicked Wild West was back in May after two Sticky Bandit slots which are still extremely popular Quickspin titles.

Sticky Bandits 3 Most Wanted is upgraded with five fierce women who only have one thing on their mind – to get inside a locked safe and run away with bags full of cash on 3×5 grid loaded with exciting wilds and free spins, including the sticky feature. This is the provider’s most popular slot for the year 2021, but as it turned out… it’s not the only one.

Before we get to the second in-demand title for the outgoing year, may we refresh your memory with Golden Glyph 2 from May, a sequel to an earlier released hit.

Right after presenting it to the players at the end of Spring, we had an opportunity to see Blue Fortune, Guardian of Athens, Wild Luchador, Cabin Crashers, Sevens High Ultra and Reno 7’s, as well as some other momentous titles in the library – Wild Harlequin, Book of Duat and Blue Wizard among others.

First Releases for 2022 Already Made Public

The second place of this year’s greatest hits from Quickspin belongs to Big Bad Wolf Megaways, a game that blew everyone’s mind with refurbished top-notch graphics, Tumble Mechanics, a multiplier that climbs during free spins and up to 117,649 paylines. Apart from being the biggest highlight of 2021, this game is also the studio’s best-performing title with the Megaways mechanics ever.

At long last, the provider has already announced its first titles for the year 2022: it’s Cash Truck on 11 January, Warp Wreckers on 22 February and Highstreet Heist, scheduled for March 22nd.

We wish good luck to Quickspin and hope that it will create even bigger hits next year.

Of all the above, I would single out Big Bad Wolf Megaways. I enjoyed playing it :)

Great work Quickspin! I can't wait to see what they will bring us next year.

They gave us this year so many great slots, my favorite is still Loco The Monkey.

Congratulations on your success so far!

This year has been very successful! 22 games?? Amazing! Keep up the great work Quickspin!

Amazing team that creates impressive slots but from the marketing point of view, they’ve gone silent completely! I don’t remember seeing any news or announcement about their games and yet they’re successful with online casinos and players... they should work on that in 2022 if you ask me.