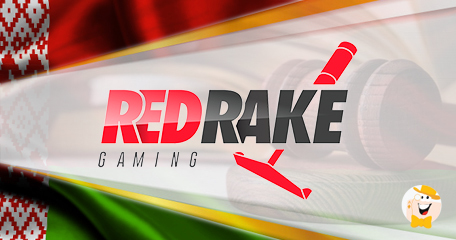 Moving its focus on the Eastern European iGaming markets is Red Rake Gaming, a Spanish casino software developer that announced a complete rollout of products in Belarus. The company has decided to enter the recently regulated market due to a higher demand from clients and a positive response to its digital content in the region.

After introducing a set of regulations in 2019, Belarus requested from operators to obtain relevant licensing, as all non-regulated businesses will be shut down as of April 1st, 2021, exactly two years after presenting the legal framework.

A Million Ways to Win

By launching a selection of top-performing titles on their platforms, licensed operators in the country will be able to provide fresh and innovative gaming content, including the record-breaking Super 12 Stars, a release from 2019. Following huge success of Super 5, Super 7 and Super 10, the provider has created a next-level installment with three types of jackpots and instant wins, offering non-stop action.

Among other favorites in the territory are also Million 7, a game with banknotes, 7s, cherries, respins, scatters and complimentary rounds, whose mechanics are based on exactly 1 million ways to win. Next, there is The Asp of Cleopatra followed by Ryan O’Bryan and Mysteries of Egypt, Red Rake’s premium offerings, popular with many players and online casinos worldwide.

Commenting the company’s expansion into regulated markets as the core of its growth strategy is managing director, Nick Barr. He said that the latest market rollout represents a great opportunity for the studio to showcase its products in a new region and strengthen its footprint in Belarus and Eastern Europe simultaneously.

“We are continuing our commitment to driving our regulated market strategy and Belarus is the first new market for 2020, with more markets in the pipeline. It is important to Red Rake Gaming that we continue to support our clients in new markets strategies. Our games have been notably well received in the region, and we are looking forward to continuing to grow with our clients and delivering the finest games to the Belarusian players,” concluded Barr.

Following last year’s commercial deal with Wildz Casino, Red Rake has complemented its portfolio with a variety of trail-blazing titles such as The Adventures of Ali Baba, Cai Shen 88, Mother of Horus and Gustav Minebuster.

Among the recent arrivals are Solomon the King, 777 Heist and Secrets of the Temple, scheduled for April 23rd. At the beginning of March 2020, Red Rake Gaming signed another strategic partnership that allowed it to expand its content even further. A forward-thinking online gaming platform Paf implemented the studio’s diversified series of games, bringing an upgraded experience to its clients across numerous markets. No doubt operators in Belarus will be powered with the same amount of entertainment possibilities, since the market has been on a positive trajectory since its legalization in April 2019.

Spain and Malta based software producer has also entered into an agreement with PremierGaming on March 24th to boost its presence in Sweden, Finland and Germany.

“rollout of products in Belarus”

Interesting move but I guess the timing is right. It’s now or never!